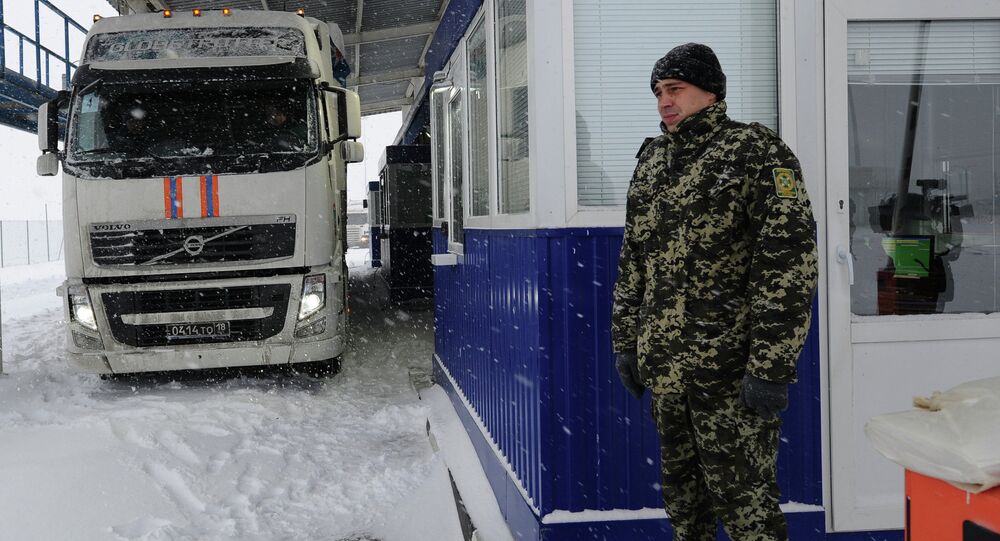 The humanitarian convoy comprising more than 170 trucks delivered about 1,800 tons of aid to eastern Ukraine.

The convoy comprising more than 170 trucks that departed from Russia’s Rostov region delivered about 1,800 tons of humanitarian aid to eastern Ukraine. The aid is mostly food items: canned meat and fish, cereals and sugar. It also includes medicines, daily essentials, books and manuals for local students.

Half of the trucks went to Luhansk, the other half to Donetsk.

What do you think is the most important event of the week?
Voted: 971
All polls
“The tracks are to be unloaded now, volunteers are helping to discharge them,” deputy head of the ministry's national center on crisis situations Oleg Voronov told RIA Novosti.

Ukraine's Donbas has been suffering from a severe humanitarian crisis since Kiev launched a military operation against local independence supporters in April 2014. Thousands of people lost their homes and crucial infrastructure has been damaged.

Since August 2014, Russia has sent over 20,000 tons of food, water, clothes, medicines, power generators and building materials to the Donetsk and Luhansk self-proclaimed republics.