US-Led EU Could Spell the End of Europe – Czech Politician

Former Czech health minister Ivan David believes Europe is offered nothing good by the US and risks being turned into a battlefield once again. 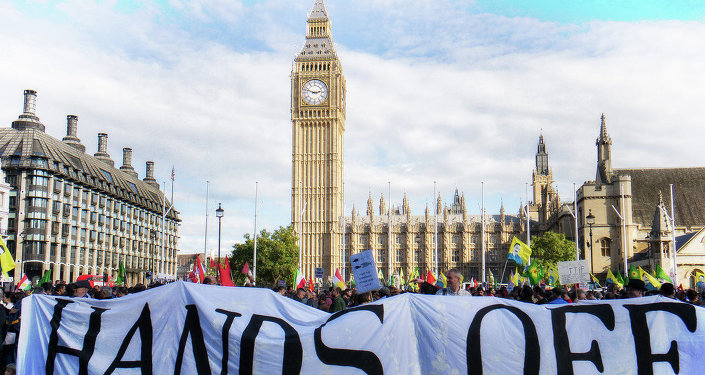 © Flickr / Garry Knight
TTIP: British Public Services under Attack by Transatlantic Trade Deal
Europe should maintain its partnership with Russia if it wants to survive, Ivan David, who is also a member of the country’s ČSSD Social Democratic party, argues in an article, carried by the Prvnizpravy.cz. online paper.

“Europe, whose elites are taking orders from an alien, American, power, is leading the whole continent to the slaughterhouse,” David insists, adding that the United States has nothing good to offer Europe.

“We’ve got to buy their weapons, bow to their diktat (TTIP — The Transatlantic Trade and Investment Partnership) and send our soldiers to fight in the wars and conflicts the Americans unleash the world over.”

Ivan David also warns that Europe could eventually turn into a battlefield once again.

“The European ‘elites’ are being promised they will be allowed to survive if they diligently serve [American interests] at the expense of their own peoples,” he continues, adding that if Europe wants to stay alive it cannot afford having such ‘elites’.