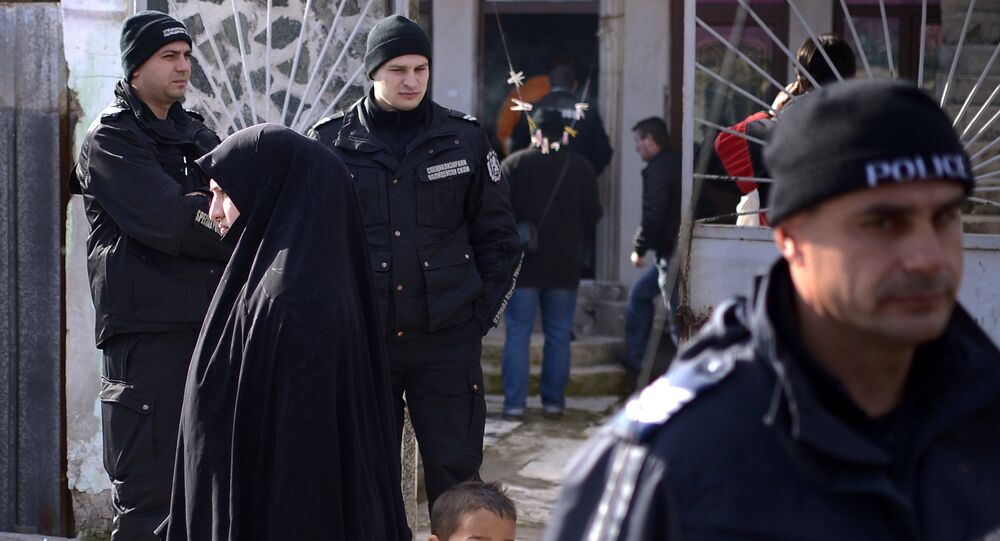 Executive director of Fare football anti-inequality network cases of discrimination against Muslims and Roma have increased significantly in Europe.

"Based on analysis [of] the Fare observer scheme at the international matches in Europe, Fare has noted a rise in Islamophobic and anti-Roma discrimination as well as a widespread activity of organized far-right groups," Piara Powar told the news agency.

© Photo : Youtube/AsoOmii Jay
Islamophobia Challenged in Social Experiment in Toronto (VIDEO)
As for the possible reasons of such a rise, Powar blames the economic crisis, "which has put vulnerable groups [such as Roma communities] in a even more vulnerable situation."

The network's executive director added that a sanctioning system developed by UEFA in which football clubs bear responsibility for their fans' behaviour "is putting pressure on governments to address discriminatory incidents."

Among the latest examples of football fans' racist behaviour is the February 17 incident, when a group of Chelsea supporters pushed a black man out of the metro train when they were reportedly travelling to the Champions League match between Chelsea and Paris Saint-Germain.

Most Investigations of Racial Discrimination by UK Police Dropped