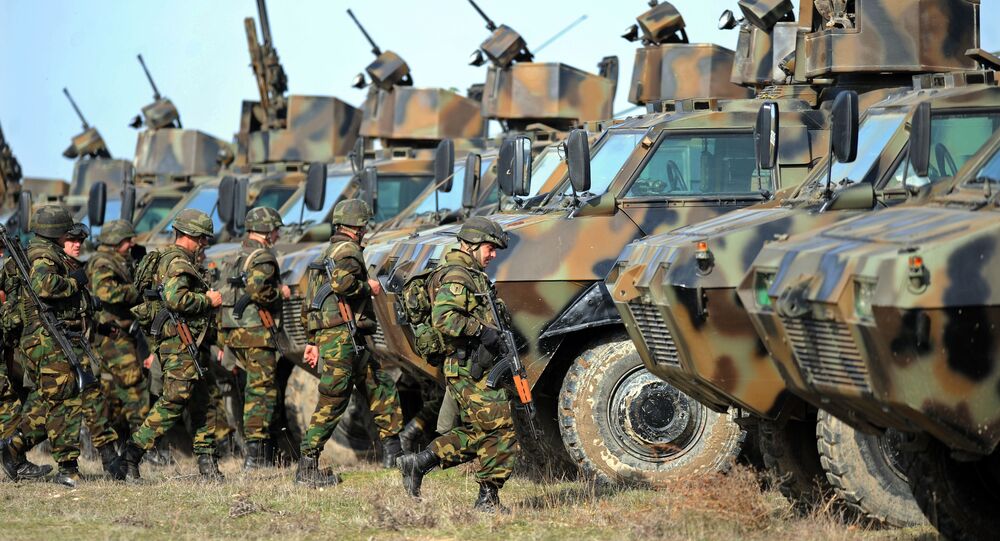 At a meeting between the military chiefs of Bosnia and Herzegovina and Macedonia, discussions were held on the formation of a joint military force for Balkan countries, for the purpose of cooperating in the event of natural disasters and other catastrophes.

© REUTERS / Dado Ruvic
Mogherini in Sarajevo Hails 'Historical Decision' on Bosnian EU Reforms
The Macedonian and Bosnian armed forces have discussed the possibility of establishing a joint 'Balkan Armed Forces,' which would intervene in the event of natural disasters, reports Dnevnik.ba.

A delegation from the Macedonian military, headed by Chief of General Staff Lieutenant General Gorančo Koteski, met on Wednesday with Bosnian Defence Secretary Zekerijah Osmić and Lieutenant General Anto Jeleč to discuss bilateral military cooperation between the two countries, as well as regional cooperation with other countries in the region, as well as peacekeeping missions.

© Sputnik / Sergey Guneev
Sputnik.Polls Reveals Serbia and Bulgaria Fear Cancellation of South Stream
"Lieutenant General Jeleč and Lieutenant General Koteski talked about the bilateral and regional cooperation of the armed forces of the two countries thus far, and about further plans for progress in this cooperation in the future, said the Ministry, "with a stress on the importance of regional security initiatives as the key format of cooperation, which is of great importance not only to Bosnia and Herzegovina and Macedonia, but for the region as a whole, particularly during the course of natural and other disasters and catastrophes."

In May 2014 the Balkan countries of Croatia, Serbia and Bosnia and Herzegovina were hit by flooding after the heaviest rainfall recorded in 120 years as a result of cyclone Tamara. Tens of thousands of people were evacuated from their homes, and at least 80 people lost their lives.

In order to assist, Macedonia sent Serbia and Bosnia and Herzegovina 75 specialists from its Defense and Internal Affairs Ministries, as well as pumps and other equipment to help with the relief effort.

Six Bosnian Immigrants to US Accused of Supporting Islamic State