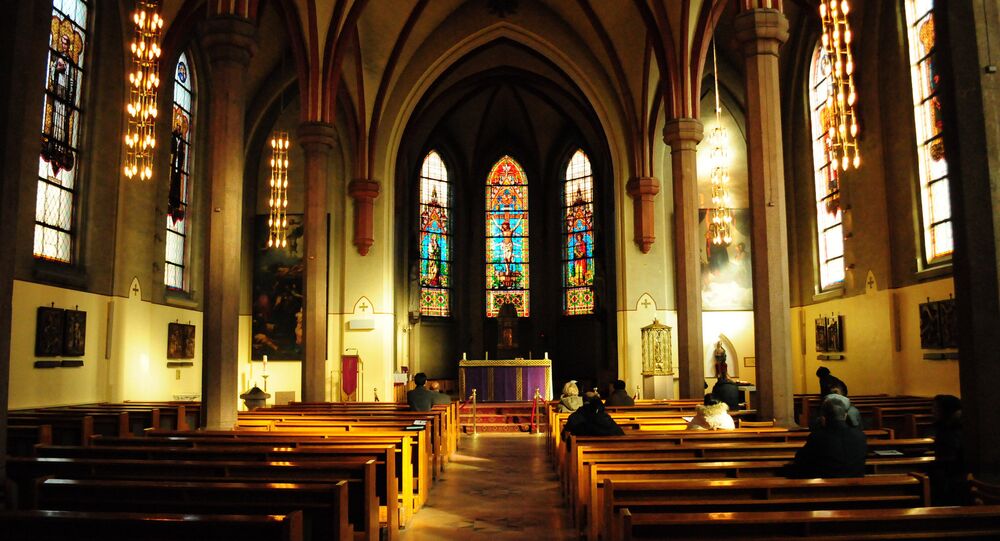 Oslo police conducting a major raid on the premises of the city’s Catholic diocese.

© REUTERS / Hakon Mosvold Larsen/NTB Scanpix
More Than 1,000 Muslims Form 'Ring of Peace' Around Oslo Synagogue
MOSCOW (Sputnik) – Oslo police said on Thursday that it was conducting a major raid on the premises of the city’s Catholic diocese, which is charged with illegally obtaining some 50 million Norwegian kroner ($6.6 million).

“In connection with an investigation of the Oslo Catholic Diocese, police are today ransacking several locations in Oslo,” the Oslo Police District said in a statement.

The raid comes after the local Dagbladet newspaper in a series of articles uncovered that the diocese had listed immigrants from Catholic countries as members without their consent.

“As of now, the Oslo Catholic Diocese is charged with aggravated fraud, and the sum amounts to 50 million,” prosecutor Kristin Rusdal told Dagbladet.

Bishop Bernt Ivar Eidsvig, who was appointed to head Oslo’s diocese by Pope Benedict XVI in 2005, has been individually charged, along with an administrative manager.

Eidsvig is known for being arrested by the KGB and kept in a Moscow jail for more than 100 days back in the 1970s for acting as a courier for the anticommunist National Alliance of Russian Solidarists group.