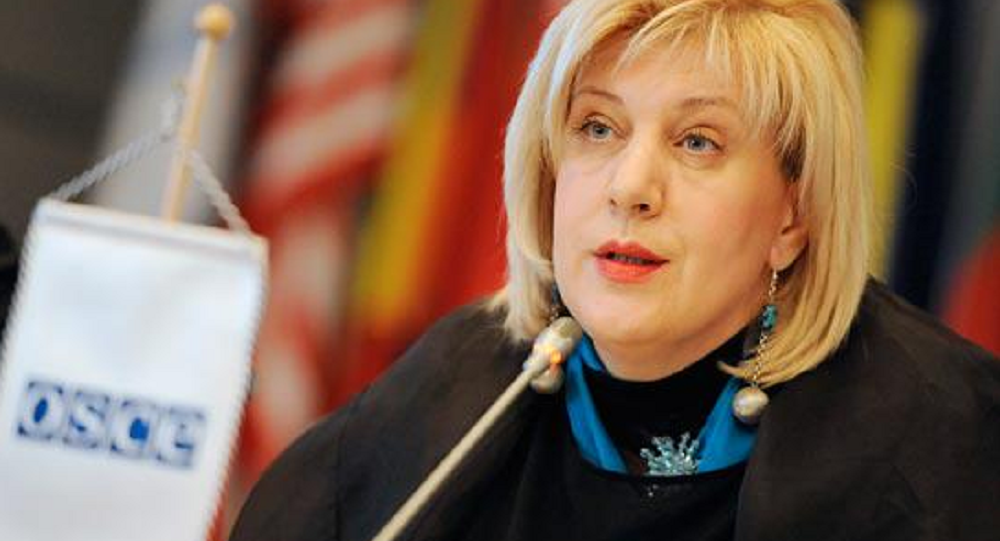 Organization for Security and Co-operation in Europe (OSCE) Representative on Freedom of the Media Dunja Mijatovic said that the Ukrainian authorities should fully disclose their reasoning for restrictions imposed by Kiev on Russian journalists.

On February 12, Ukraine's parliament, the Verkhovna Rada, decided to strip Russian news outlets of accreditation in government agencies. A list of media outlets that fell under the ban was not provided.

"The lack of transparency in this matter is troubling. The authorities should fully disclose their reasoning for these steps and also provide a complete list of the media outlets affected," Mijatovic was quoted as saying on the OSCE website.

© Photo : Taken from Facebook page
Kiev Must End Provocations Against Russian Journalists – Ombudsman
Last week, Ukraine's Security Service (SBU) said that there are over 100 Russian media on the blacklist. An SBU source told RIA Novosti that the list includes the Rossiya Segodnya International Information Agency and all Russian television channels apart from Dozhd.

The freedom of media in Ukraine has been repeatedly violated since the start of the military confrontation between Kiev forces and Donbas independence supporters in April 2014. Several international journalists have been abducted, tortured and killed during the hostilities.

On Wednesday, three Russian journalists working for the country's Channel 1 and NTV television were detained in Kiev while providing news coverage of a march by ultra-nationalists on the streets of the city.

On the same day, Mijatovic urged for more steps to ensure journalists' safety and prevent acts of violence against media workers.