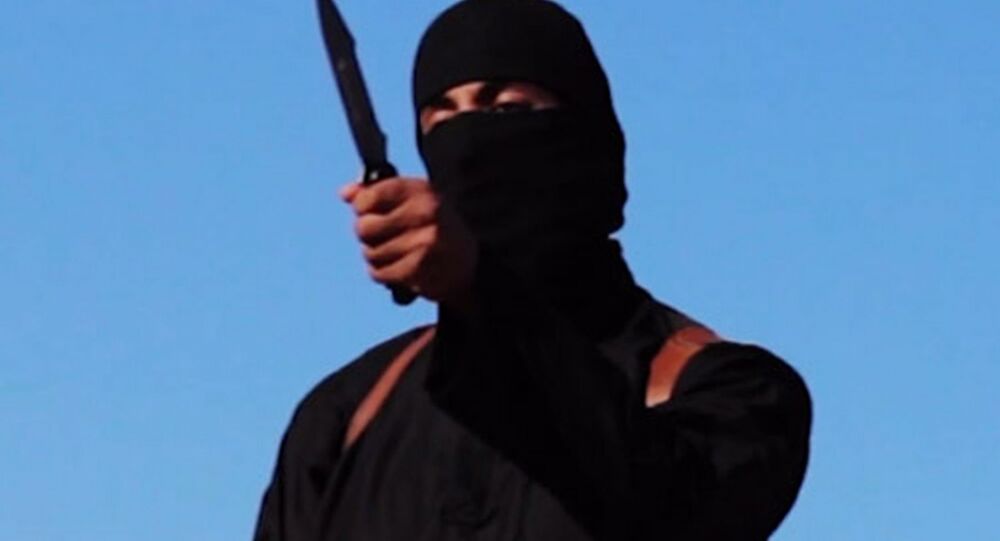 The Islamic State militant known as ‘Jihadi John’, who was pictured in the videos of the beheadings of western hostages, has been reportedly named as Kuwaiti-born British man Mohammad Emwazi from London.

It’s understood the man was originally from West London and was previously known to British security services.

The man first appeared in the video of the execution of American photojournalist James Foley in August last year, while his British accent led to him being dubbed 'Jihadi John'.

Mohammed Emwazi was well-known to counterterrorism officials in UK, and was prevented from flying to Kuwait in 2010. http://t.co/fO6gj6apae

It has been reported that the 27-year-old was previously suspected of having connections to Somali militant group al-Shabaab.

Now Jihadi John is getting more attention than the whole crisis in #Syria/ #Iraq. More proof we're letting them down? pic.twitter.com/oT3l9nWQsj

Despite the reports, British authorities have declined to comment on the man's identity.

Scotland Yard on #jihadijohn: We have asked media outlets not to speculate about investigation on the basis that life is at risk

"We are not going to confirm the identity of anyone at this stage or give an update on the progress of this live counter-terrorism investigation," Commander Richard Walton of the Metropolitan Police's Counter Terrorism Command said in a statement.

The Washington Post, who quoted former friends of Mohammad Emwazi, was the first to report the identity of Jihadi John.

They reported that he moved to the UK from Kuwait at about the age of six, grew up in a fairly well off family in West London, before studying a degree in computer studies at the University of Westminster.

Emwazi's first run in with British authorities is thought to have occurred in Tanzania in 2009, when he was reportedly detained by police and held overnight, after arriving in the country for a safari trip.

So '#JihadiJohn' was known to MI5 for years, and yet he's beheading people. Mass surveillance doing well, then pic.twitter.com/SM83F1IUBB

The Post reports that Emwazi then flew to Amsterdam after being denied entry to Tanzania, where he claimed that a British MI5 officer accused him of planning to fly to Somalia to join militant group al-Shabaab.

Not long after this incident, Emwazi moved to Kuwait and is believed to have been working in a computer company. However upon returning to the UK in June 2010, counter-terrorism officials detained him and prevented him from leaving the country.

Remember, when #JihadiJohn went to fight in #Syria in 2012, he was on the same side in the conflict as the UK's neocon Establishment.

After being detained, it's thought that he somehow managed to leave Britain for Syria at some stage in 2013, where he linked up with Islamic State militants.

He was a 'Beautiful Young man'

The director of controversial UK advocacy group CAGE, who works with people under investigation from counter-terrorism officials said Mr Emwazi was a "beautiful young man" who "tried his best" to change his situation after being informed that he wouldn't be able to return to Kuwait.

He was such a beautiful young man, it's hard to imagine his trajectory but it's not one that's unfamiliar with us #MohammedEmwazi

Asim Qureshi, said that he had been in contact with Emwazi since 2009 until the time he left Britain in 2013, and tried to help him work with authorities to allow him to leave the UK and return to Kuwait.

He said he couldn't be 100 percent sure if Mr Emwazi was the Islamic State jihadist known as 'Jihadi John', despite a very strong resemblance, saying that "the person I met would never have hurt a single person".

Family don't believe he is jihadi John, our last contact with him was Jan 2012. #MohammedEmwazi

Mr Qureshi was highly critical of what he believed were oppressive tactics from counter-terrorism officials when dealing with Mr Emwazi.

'Jihadi John' identified… And charity Cage pretty much defending Mohammed Emwazi beheading people because he had been harassed! #HeadsGone

"We have created an environment where security agencies can act with impunity and destroy the lives of young people," he said at a press conference held in London.

Asim Qureshi described #JihadiJohn as a 'kind, beautiful person'. Well, every brutal person has morphed from being a 'kind & loving' being.

After being refused the right to go back to Kuwait, Mr Qureshi said that Mr Emwazi undertook the "most incredible, persistent efforts" to try and change his situation through legal means, before eventually leaving the UK.