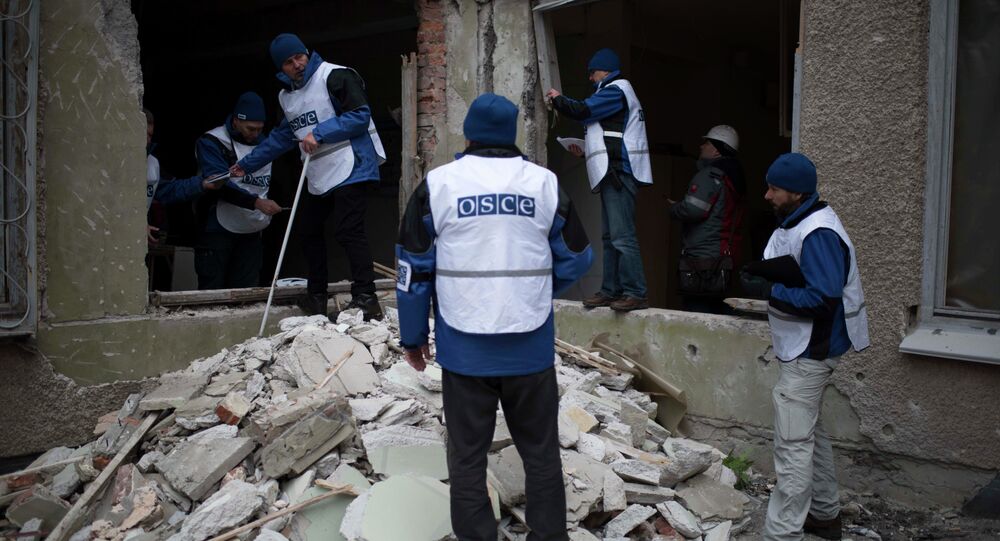 Donetsk People’s Republic (DPR) Deputy Commander Eduard Basurin said that Donetsk is interested in the presence of OSCE representatives in all events in withdrawing equipment and DPR will provide them with all possible guarantees of security.

"We once again reaffirm our interest in the presence of OSCE representatives in all events in withdrawing equipment and provide them with all possible guarantees of security," Basurin said.

Basurin also said that control over the removal of heavy artillery and observing the ceasefire is of great importance.

© Sputnik / Mikhail Voskresenskiy
Donetsk Denies OSCE Claim it Did Not Report Artillery Rollback Routes
"We have repeatedly said that we are ready to provide OSCE representatives all the conditions to register this fact. We consider that control over the withdrawal of weaponry and observing the ceasefire regime are extremely important amid the total distrust and distortion of the OSCE's role," he added.

Earlier on Wednesday, the head of the OSCE's Special Monitoring Mission in Ukraine, Ertugrul Apakan, said that the sides to Ukrainian conflict had not yet presented their lists of heavy artillery and the routes they will use to pull back their equipment.

Basurin, however, said that the DPR sent all the information to the OSCE "a long time ago."

The withdrawal of heavy artillery from the contact line between the Kiev forces and the Donbas independence supporters is among the measures stipulated by the new Minsk Agreements reached on February 12.

On Tuesday, Donbas militia began the withdrawal unilaterally, pulling out five artillery battalions and an artillery battery. Kiev is not pulling back its weaponry yet.