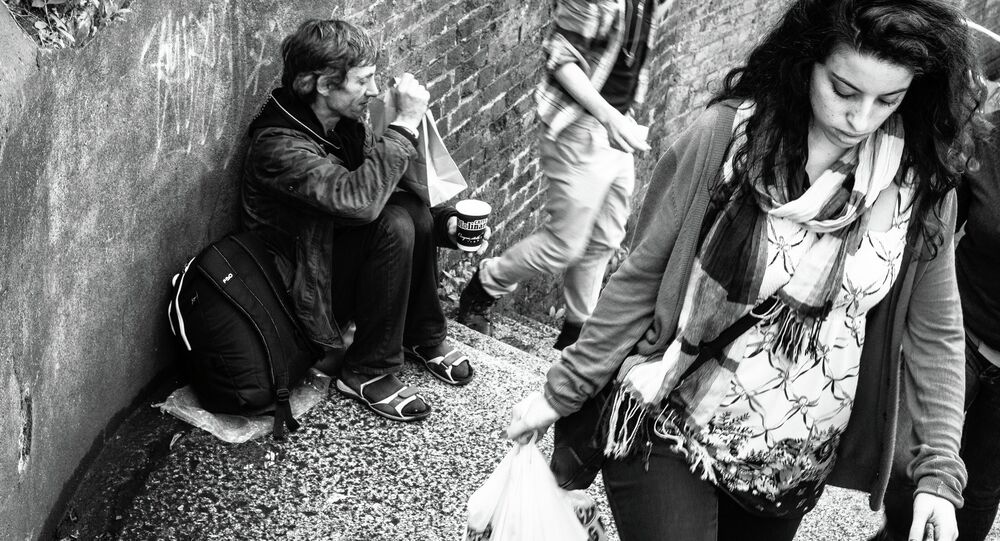 The amount of UK citizens living in poverty will rise by another 3.6 million people, including 1.2 million children, by 2030, UK think tank the Fabian Society said Wednesday.

© Flickr / Santosh Wadghule
EU Sugar Deal Set to Throw 200,000 Into Poverty
MOSCOW (Sputnik) – The Fabian Society report based on projections from the Office for Budget Responsibility (OBR) and the Office for National Statistics (ONS) gives a 15-years outlook on inequality, poverty and living standards in the UK.

The Fabian Society warns that "unless the next government takes dramatic action, the UK will be much less equal in 2030 than it is today."

The report suggests a strategy that, according to the Labor-affiliated think tank, could help avoid the rise in poverty.

The recommendations for the next UK government include raising the national minimum wage to 60 percent of median earnings by 2020, rejecting major benefit cuts for low and middle income households and improving employment opportunities.

The Fabian Society is a British think tank affiliated to the Labor Party.

The next general election in Britain is due to be held on May 7, 2015 to choose the 56th Parliament of the United Kingdom.