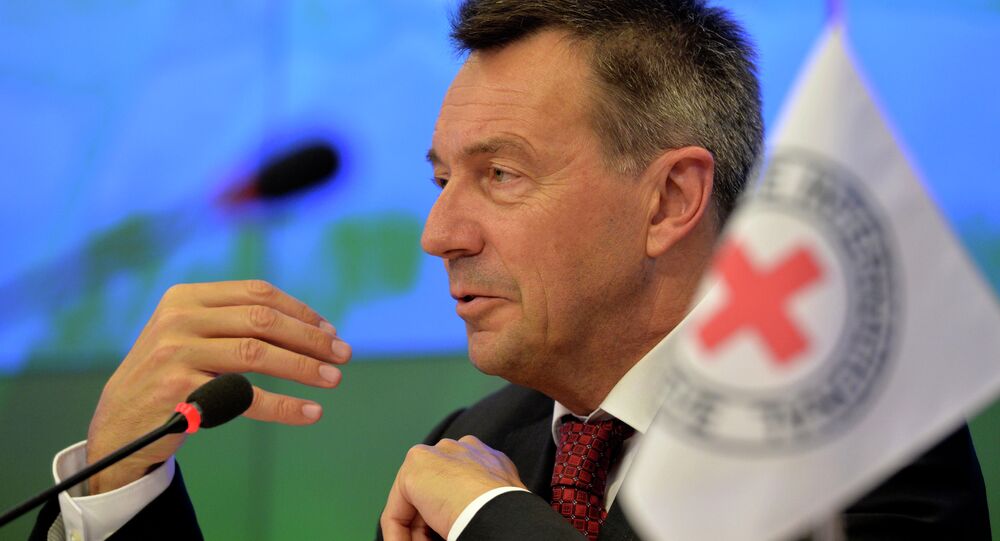 President of the International Committee of the Red Cross (ICRC) Peter Maurer said that the conflict in Ukraine is a conflict in which a humanitarian assistance has been highly politicized.

“The conflict in Ukraine is a conflict in which a humanitarian assistance has been highly politicized. This is not the first time when we are experiencing this. We have experienced it in the context of Syrian crisis,” Maurer said during press conference at Rossiya Segodnya press center.

Maurer, who recently met Russian President Vladimir Putin to discuss the humanitarian situation in Ukraine, said that he was encouraged by Putin’s words, adding that he values the Red Cross’ cooperation with Russia.

© REUTERS / Omar Sanadiki
ICRC President to Begin 2-Day Visit to Russia on Monday
Eastern Ukrainian regions have experienced a severe humanitarian crisis in the past few months due to the fighting between Kiev forces and local independence supporters.

Russia, in cooperation with the Red Cross, has helped thousands of eastern Ukrainian refugees who were left homeless.

ICRC President to Begin 2-Day Visit to Russia on Monday