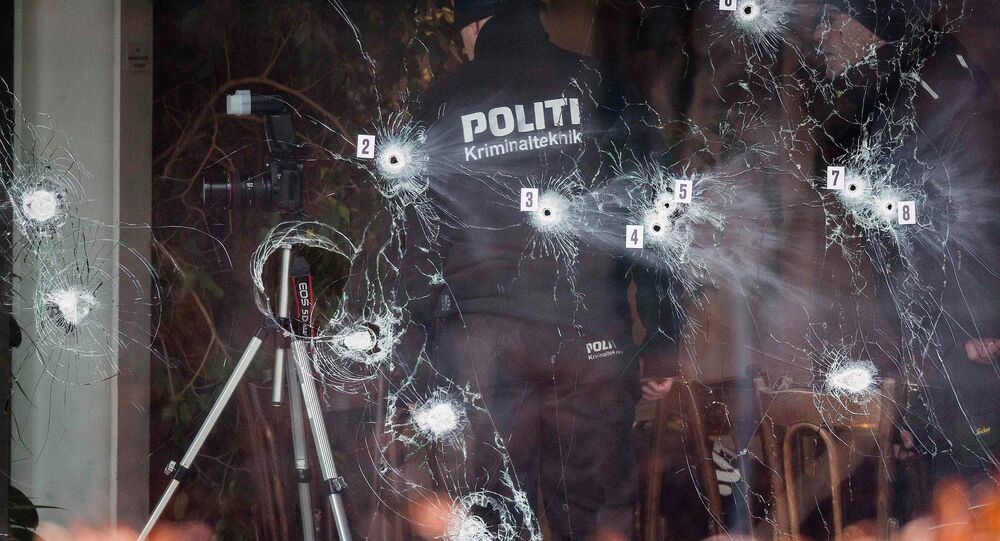 Police officers meant to be protecting Swedish cartoonist Lars Vilks at a free speech debate are said to have been complacent about the threat to safety.

© REUTERS / Bax Lindhardt/Scanpix
Hundreds Attend Funeral of Slain Copenhagen Gunman – Reports
Two eyewitnesses have told the Danish press that police protection at the cultural center where controversial Swedish cartoonist Lars Vilks was known to be appearing was "enormously unserious," and that when the gunman began shooting, two policemen were drinking coffee with their backs to the door, reports Swedish TheLocal.

"Everything was very random and there was nothing to indicate that they viewed the event as high-risk," said one of the witnesses, contradicting earlier reports which described the quick response of Vilks' police protection. Police sources, ahead of the results of an investigation into the incident, told the media that one of the two officers "emptied his entire gun," in an attempt to stop further shooting by the gunman.

© CC BY 2.0 / Pug50 / Multiculturalism
Denmark Restores Integration Debate Following Copenhagen Shooting
Last week Vilks told the media that Danish police had underestimated the threat of attack, and that the gunman was equipped with better weapons than the police, who had not stepped up their level of alertness since the Charlie Hedbo attacks. Vilks, who has lived under police protection since his drawings depicting the Prophet Mohammad with the body of a dog were published in 2007, also added, however, that he could only say so with the benefit of hindsight.

Vilks was due to speak at an event called "Art, Blasphemy and Freedom of Expression" when the premises came under fire from the gunman, presumed to be 22-year-old Omar El-Hussein. One man was killed and three police officers were injured in the attack, after which El-Hussein fled, later reemerging outside a synagogue in the city, where he killed a Jewish security guard and wounded two police officers, before being fatally shot by police.