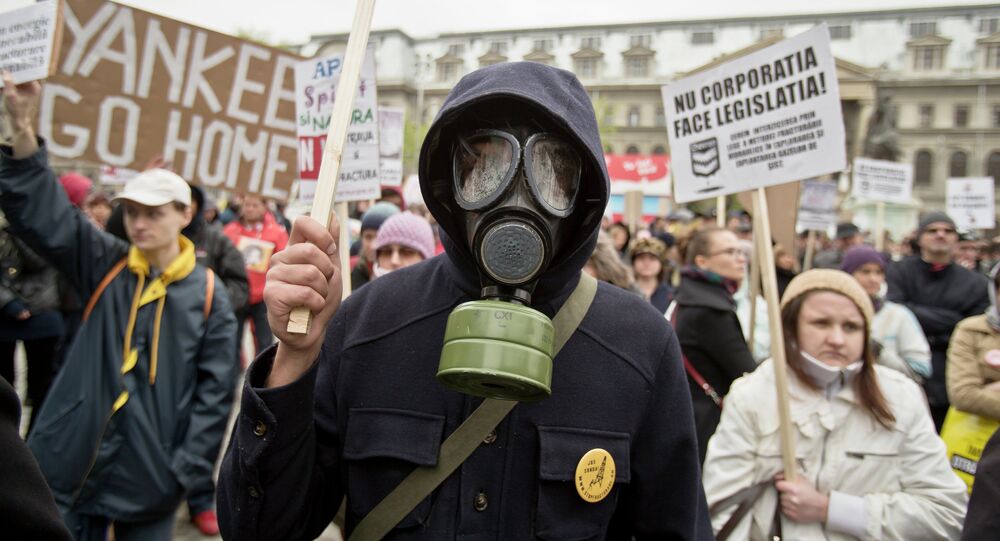 US company Chevron’s decision to cease fracking in Romania is mostly a victory of the common people, defending their interests against big business and the government, a campaign coordinator of Greenpeace Romania told Sputnik on Monday.

"[It is] mostly a victory of the common people, the villagers, who stood up for their villages, for their land and their children against both the careless corporates and the Romanian Government (which has acted in support of these corporates, not in its citizens’ interests, as it is supposed to)," Alexandru Riza, Greenpeace Romania campaign coordinator, told Sputnik.

Previously Chevron announced that it had halted projects in Poland, as well as the termination of shale gas agreements in Ukraine and Lithuania. Therefore, withdrawal from Romania will mean an end to the company's European operations.

"This is a business decision which is a result of Chevron’s overall assessment that this project in Romania does not currently compete favorably with other investment opportunities in our global portfolio," Chevron explained in a statement e-mailed to Sputnik.

Moreover, the pullback comes after the company declared cutting its capital and exploratory budget for 2015 by 13 percent.

A number of other energy companies, aside from Chevron, have concessions for shale gas exploration in Romania, which could mean that anti-fracking activists still have a fight on their hands.

"But I am quite skeptical that there will be others willing to risk losing so much money on results that have been unconfirmed," Alexandru Riza said, adding that Greenpeace will continue its work to protect people and the environment from the multiple risks fracking poses.

The process of extracting shale gas through the injection of high pressure liquids is believed to damage the environment, contaminating groundwater with toxic materials.

The technique has caused many protests by environmentalists and local communities in Europe and the United States.

After the US Energy Information Administration estimated Romania’s shale gas resources as the third largest deposit in Europe after France and Poland, the government cancelled the moratorium on fracking in March 2013. In 2014, Chevron started exploration, provoking public opposition.