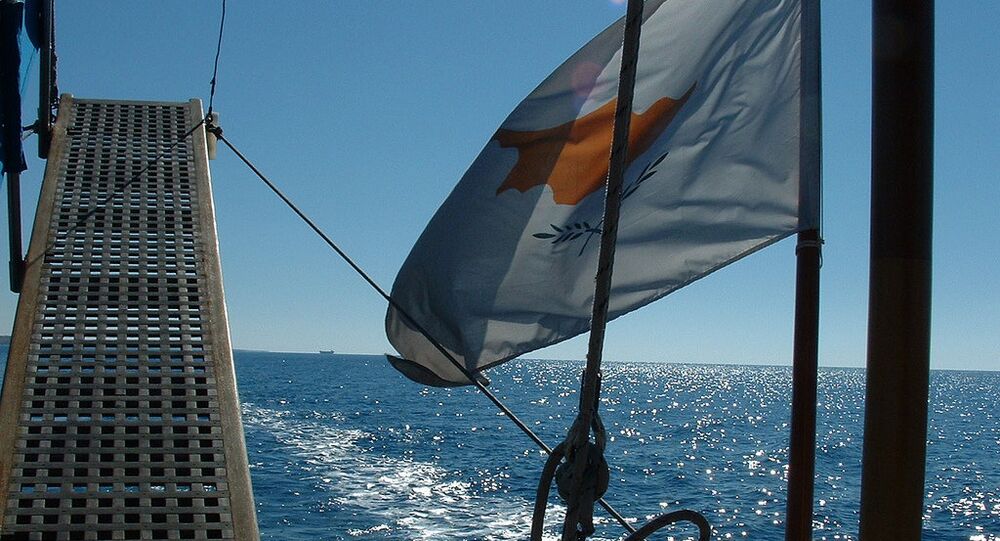 Cyprus economy was seriously hit by the sanctions imposed on Russia by the European Union and Russian counter-sanctions, according to Official Government Spokesman of Cyprus Nikos Christodoulides. The spokesman also expressed hope that relations between EU and Russia would soon be restored.

© AP Photo / Geert Vanden Wijngaert
Cyprus President’s Moscow Visit to Boost Economic Ties With Russia
“Cyprus’s economy has been seriously hit by the impact of sanctions and counter-sanctions due to our exposure to the Russian factor and our high degree of financial and economic interdependence not only in the tourism … investments sectors, but also in the field of defense,” Christodoulides said.

The spokesman expressed hope that relations between EU and Russia would soon be restored. He stressed that Nicosia has “from the very beginning voiced its support for productive dialogue with the Russian Federation”.

Christodoulides also underlined that Cyprus shares the position that “sanctions against Russia are not an effective way to address the Ukrainian crisis.”

The Ukrainian crisis prompted the 28-nation bloc to impose several rounds of economic sanctions against Russian individuals and entities. Moscow responded last August with a one-year ban on food imports from the EU, as well as against other countries that introduced anti-Russia restrictions.

Nikos Christodoulides was referring to an incident when the European Council (EC) published a document without a Cyprus’ feedback on it.

“We certainly hope that it was a very unfortunate misunderstanding of the procedure to which we openly protested,” Christodoulides said.

Christodoulidis explained that Cyprus did not have the opportunity to participate in the discussion process as “the time limitations regarding this particular statement were very narrow”.

© Photo : The Council of the European Union
Cyprus Says EC Gives Little Time for Feedback on Anti-Russia Sanctions
The draft of the document was sent only to the director of then-president Nicos Anastasiades’ diplomatic office, but he was on a flight to Saudi Arabia at the time and did not have a chance to respond.

The spokesman told Sputnik that Cyprus’ concerns were shared by other EU member states.

The EU, the United States and their allies have accused Moscow of participating in the military conflict in eastern Ukraine and have imposed several rounds of sanctions against Russia.

Moscow has repeatedly stated that it is not a party to the Ukrainian internal conflict, and has insisted on a peaceful dialogue between the warring sides.