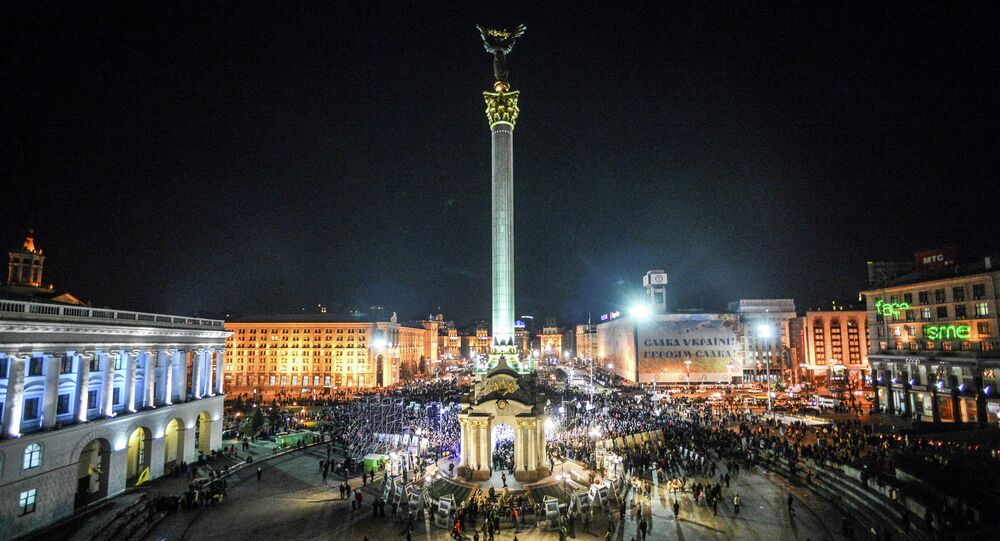 The leaders of Poland, Georgia, Lithuania, Latvia, Germany and Slovakia, as well as European Council President Donald Tusk will come to Kiev to participate in "March of Dignity" on Sunday to commemorate 2014 Ukrainian uprising events and demonstrate their solidarity with Ukraine.

© Sputnik / Andrey Stenin
Maidan Madness: How the Virus Infected All of Ukraine (And Might Kill It)
MOSCOW (Sputnik) — About ten leaders of European countries and thousands of Ukrainians are expected to participate in “March of Dignity” in Kiev on Sunday to commemorate 2014 Ukrainian uprising events.

In February 2014, violent clashes with law enforcement officials broke out in central Kiev's Independence Square, or Maidan Nezalezhnosti, claiming the lives of 100 civilians. The protests led to military confrontation between Kiev forces and independence fighters in eastern Ukraine.

One year after Euromaidan. What do you think about last year’s revolutionary events in Ukraine?
Voted: 3
All polls
By attending the march, the countries’ leaders will demonstrate not only solidarity with Ukraine but also the willingness to act together, according to Chaly.

The “March of Dignity” is expected to start at about 11:30 GMT on Sunday.

A political crisis erupted in Ukraine in November 2013, when the country's authorities announced to suspend its European integration process. The protests that started in Kiev spread across the country and led to a government coup in February, forcing then-President Viktor Yanukovych to flee the country.