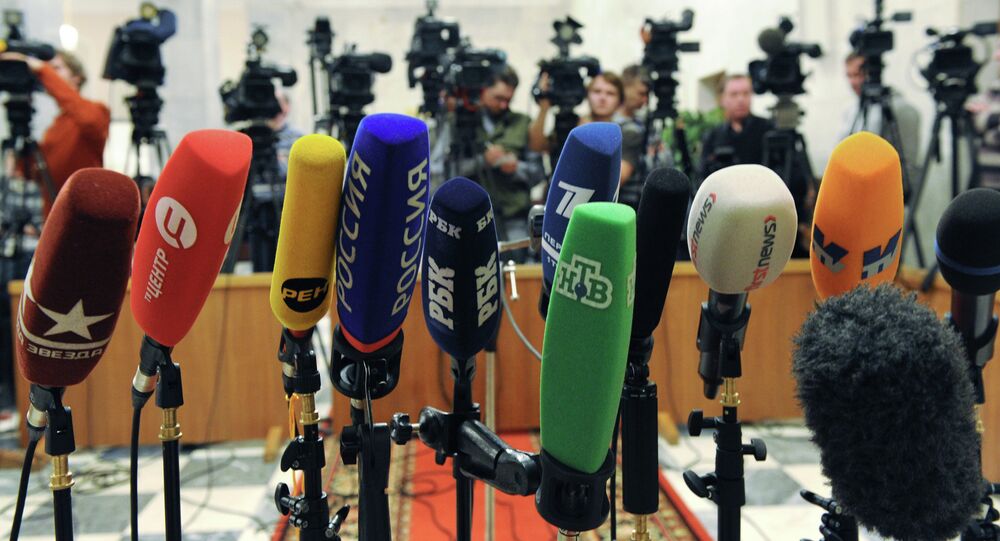 A list of Russian media suggested to be stripped of accreditation at authorities was handed over to the Verkhovna Rada.

"Yes, we prepared the list and handed it over to the [Ukrainian Parliament] Verkhovna Rada," Gitlyanskaya said, not specifying what media were included.

Another source in the agency confirmed to RIA Novosti that over 100 Russian media may be deprived of accreditation.

© AP Photo / Alexander Zemlianichenko
UK Journalist in Ukraine Ashamed of Misrepresentation of Events in Donbas
"Russian media that write about so-called DPR and LPR are included in the list," the source said, referring to the self-proclaimed people's republics of Donetsk and Luhansk in eastern Ukraine.

The source noted that news outlets with Russian titles, which had been registered in Ukraine, would not be banned.

The Russian Foreign Ministry responded that the suspension was a part of the Ukrainian policy to "sanitize" the media space.