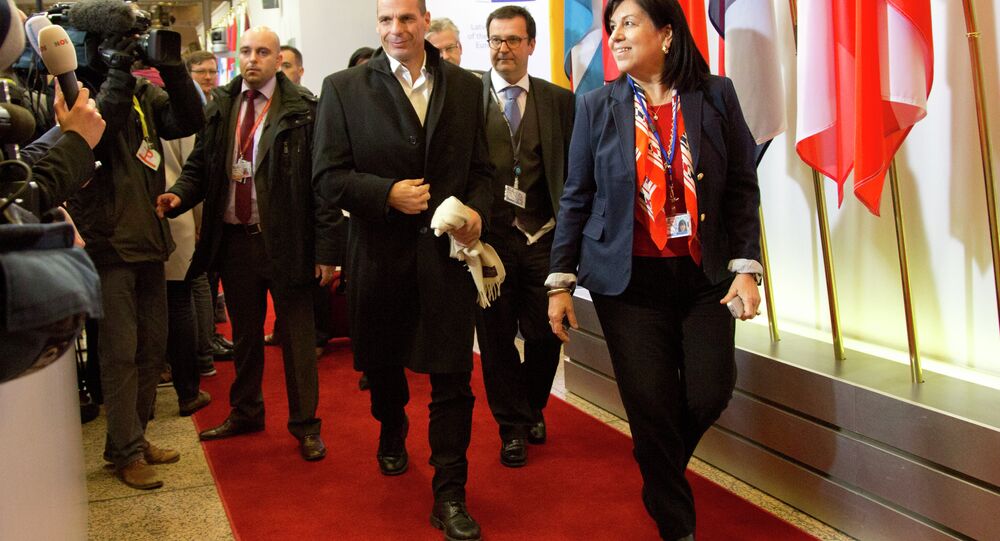 European Union finance ministers agreed Friday to help Greece out of its financial doldrums by extending its bailout for four months.

After hours of intense negotiations, European officials confirmed to journalists that Greece will get money to keep its economy afloat, as long as its government presents a plan that will satisfy European creditors. In a joint statement released by the Eurogroup on Friday, its finance ministers have agreed to extend Greece's bailout loan, despite strong German reservations. Germany, the indebted country's main creditor, insisted that Greece "restrain from any rollback of measures and unilateral changes to the policies and structural reforms that would negatively impact fiscal targets, economic recovery, or financial stability," according to the jointly agreed statement.

"The Greek government has gone not the extra mile, [but] the extra 10 miles," Greek Finance Minister Yanis Varoufakis told his Eurozone counterparts, according to the Wall Street Journal. "Now we are expecting our partners to meet us not half way, but one fifth of the way."

Greece's total government debt amounts to $367 billion, or 170% of GDP. The country's debt to the troika of creditors comprising of the European Union, the European Central Bank and the International Monetary Fund is now estimated at roughly $270 billion.

A deadline for Greece's current bailout program, valued at 240 billion euros, was set to expire on February 28.

Friday’s agreement requires Greece to submit a letter by Monday listing all the policy measures it plans to undertake during the bailout period to make sure the Greek government complies with the conditions.

"The Greek authorities will present a first list of reform measures, based on the current arrangement, by the end of Monday," the statement reads.

Greece had hoped to extend its bailout for six months to create time to find additional financing.

The new leftist government of Prime Minister Alexis Tsipras had pledged to eliminate the austerity measures imposed on the country by the troika creditors. Tsipras won an election in January based largely on these promises. However, the country's debtholders were largely unwilling to review conditions under which Greece was getting financial help. Nevertheless, on Friday Greece's Finance Minister Yanis Varoufakis declared that the country has finally liberated itself from the creditors' bailout memorandum.

"The memoranda are over. What was agreed on today is a four-month reform program, not a momorandum," Varoufakis told reporters Friday after Athens and Eurozone finance ministers reached an agreement to extend Greece's bailout.

"Greece gave everyone an opportunity to turn the page over together," the minister added.

After the deal was reached, the euro rebounded against the dollar and equity markets reached record highs on Friday.