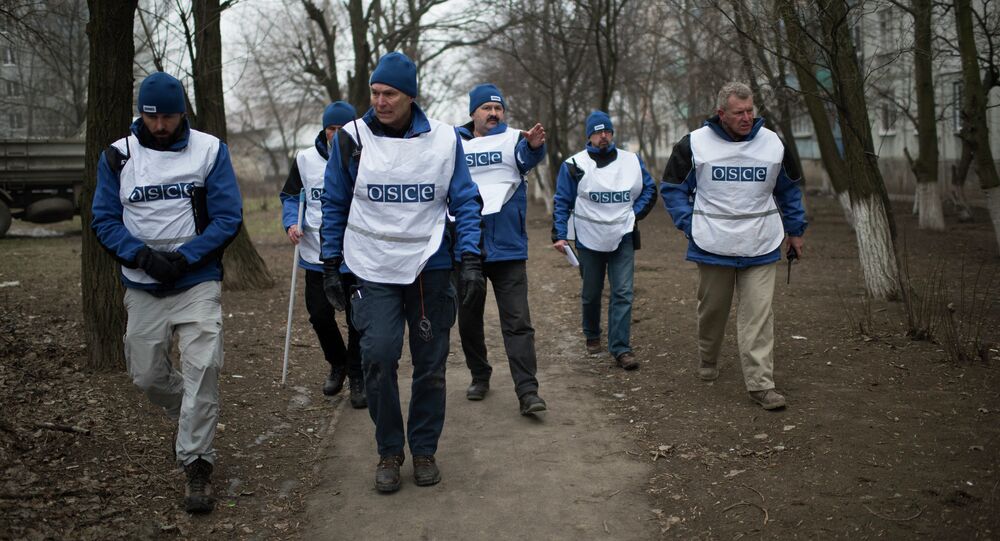 The self-proclaimed Donetsk People's Republic has called on the OSCE to make a record of the eastern Ukrainian militia's arms withdrawal from the line of contact.

“The DPR, in accordance with the Minsk agreements, continues the heavy artillery withdrawal from the area of its responsibility. We call on the OSCE monitors to arrive at the line of contact to make a record of this fact,” Basurin said.

On February 12, a meeting between the leaders of Russia, France, Germany and Ukraine took place in Minsk. The international mediators agreed on a set of measures aimed at stopping the military confrontation between Kiev forces and independence supporters in eastern Ukraine.

© AFP 2021 / ANATOLII STEPANOV
DPR Withdraws Heavy Arms Including Multiple-Launch Rocket Systems
The list of measures stipulates a ceasefire that came into force on February 15, a withdrawal of heavy artillery from the line of contact, and an all-for-all prisoner swap among other points.

On Thursday, Basurin said that the DPR had withdrawn a total of eight 2S1 Gvozdika self-propelled guns, six D-30 Howitzers and six Grad multiple-launch rocket systems from the line of contact.

Deputy Chief Monitor of OSCE's monitoring mission to Ukraine Alexander Hug said that the prospects for the pullout of heavy artillery in Donbas were good and the sides were working on the withdrawal plans.