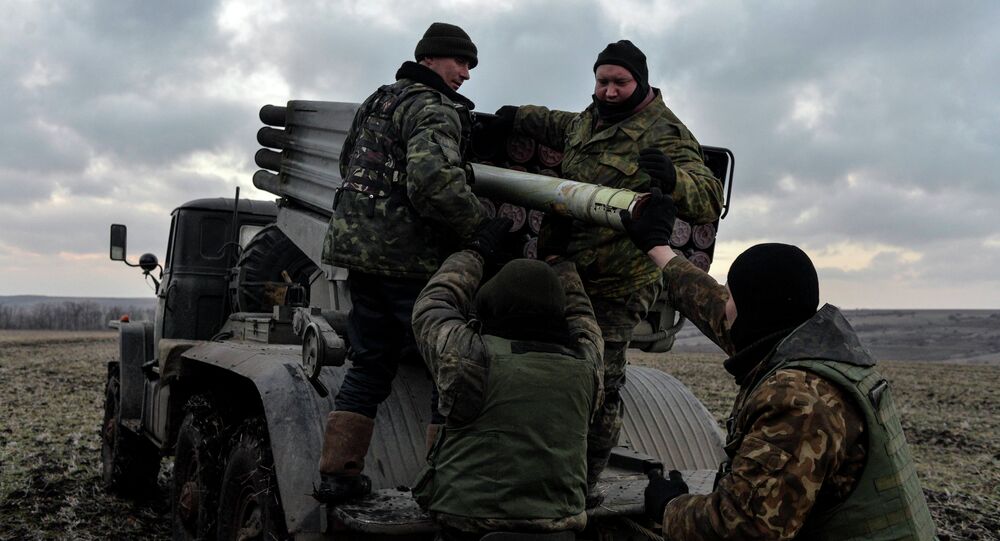 Kiev forces and independence supporters generally observe ceasefire in Donbas, which is a crucial measure stipulated by the new Minsk agreements, an OSCE senior official said.

© REUTERS / Maksim Levin
Donetsk Forces Ready to Hand Over All Debaltseve Prisoners to Ukraine
MOSCOW (Sputnik) — The Organization for Security and Co-operation in Europe's (OSCE) monitoring mission to Ukraine evaluates the prospects of the implementation of the new Minsk agreements regarding the withdrawal of heavy weaponry in Donbas as "good", Alexander Hug, the mission's deputy chief monitor told SNA Radio.

"There are good prospects for the implementation of the Minsk agreements," Hug said adding that OSCE monitors have already held talks with the representatives of forces in the format of the Joint Control Coordination Center.

"The plans on withdrawal of heavy equipment are being elaborated," Hug added.

© REUTERS / Baz Ratner
Militia Continues Withdrawal of Heavy Weapons From Contact Line - DPR
According to Hug, the ceasefire in Donbas, which is also among the measures stipulated by the new Minsk agreements, is being generally observed along the whole line of contact between the Kiev forces and independence supporters of Donbas. However, in several strategic locations, such as Donetsk and Debaltesve, the truce is holding "only partially."

"By definition, a ceasefire cannot begin immediately, and especially in a vast area such as Ukraine's east," Hug noted.

Last week, the leaders of Russia, Germany, France and Ukraine negotiated a number of steps to facilitate the reconciliation process in southeastern Ukraine. The set of measures agreed in Minsk include a ceasefire from February 15, the withdrawal of heavy artillery from the line of contact and an all-for-all prisoner exchange.