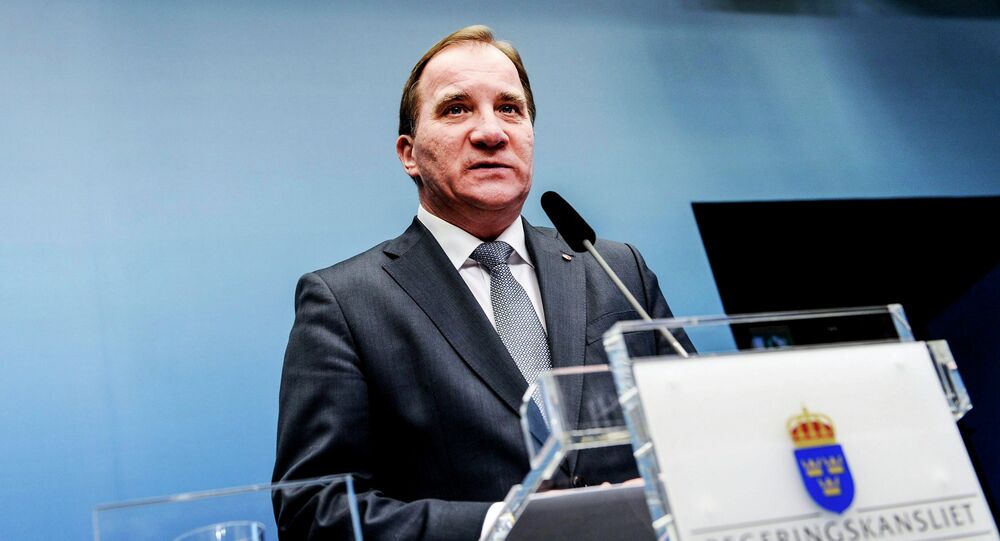 The Swedish government is under growing pressure over its much-criticized arms deal with Saudi Arabia, as three Social Democrat MPs urged Prime Minister Stefan Löfven to cancel the agreement, the Local reports.

© REUTERS / Kevin Lamarque
Obama Backs Saudi Arabia Despite Riyadh's Human Rights Abuse
Stefan Löfven earlier said he planned to renegotiate the deal, but three of his own MPs insisted on Friday that Sweden should opt out completely.

“It is not defensible to export weapons to a cruel regime,” Johan Büser, Sara Karlsson and Lawen Redar wrote in an article in the Dagens Nyheter daily.

“Weapon trade and the arming of rogue states can hardly be legitimized through the argument that trade is good,” they argued.

The Swedish government, which includes Riyadh and also the United Arab Emirates and Qatar in its new export strategy, has faced criticism of its arms deal with Saudi Arabia before.

The Swedish Defense Research Agency (FOI) reportedly had plans to help Saudi Arabia build an advanced arms factory in the desert. Known as Project Simoom, it began in 2007 and was exposed by a group of journalists five years later.

Two years before the operation officially began Sweden signed a “military cooperation treaty” with the Saudis. The agreement was to assist the Saudi government in the building of its own weapons industry.

"We believe that trade and contacts with countries is a way to promote human rights. What we are doing now, unlike the previous government, is that we will highlight the issue of sustainable business and human rights at a completely different level," Sweden's enterprise minister Mikael Damberg told the Dagens Nyheter earlier this month.