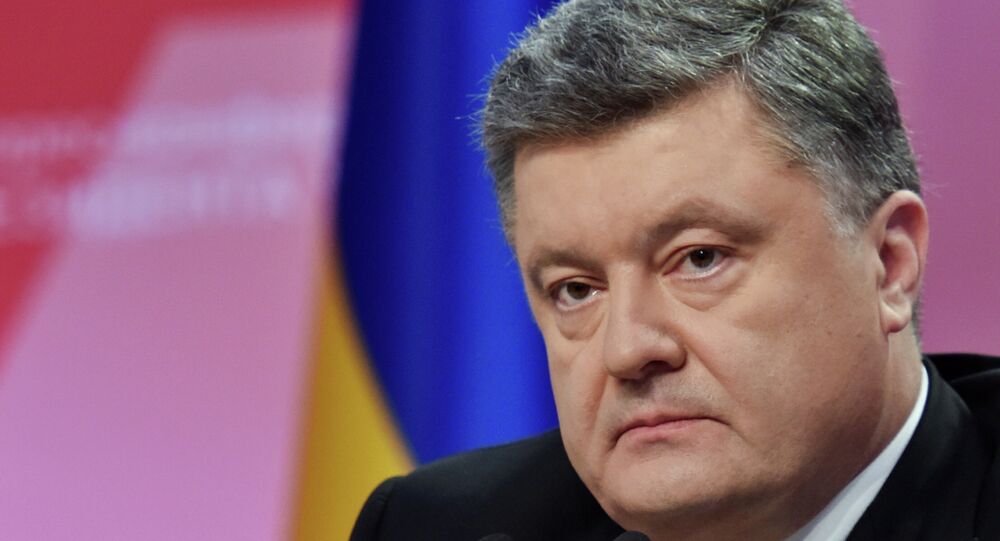 Ukrainian President Poroshenko called on the EU to send military experts to participate in the work of the Joint Centre for Control and Co-ordination in Donbas.

“Petro Poroshenko also suggested that the European Union sends a mission of EU military experts to participate in the work of the Joint Centre for Control and Co-ordination (JCCC),” a statement on Poroshenko’s website said.

Poroshenko and Tusk also discussed ways of handling the situation in eastern Ukraine and possible further sanctions against Russia, and Tusk accepted Poroshenko’s invitation to visit Kiev on February 22, according to the statement.

What do you think is the most important event of the week?
Voted: 1
All polls
The JCCC was established by the Trilateral Contact Group on Ukraine in October last year, and includes Ukrainian and Russian officers, and representatives of the Organization for Security and Co-operation in Europe (OSCE).

The center, which was previously located in the town of Debaltseve between Ukraine’s two breakaway regions of Donetsk and Luhansk, has been temporarily relocated to the town of Soledar amid a recent upsurge of hostilities in Debaltseve.

On Wednesday, Poroshenko called for the presence of EU peacekeepers in eastern Ukraine, where a renewed ceasefire deal between Kiev and local militias entered into force over the weekend.

Ukraine Crisis Should Be Resolved Without External Forces - Luhansk

Kiev Wants to Bar Russia From Peacekeeping in Donbas