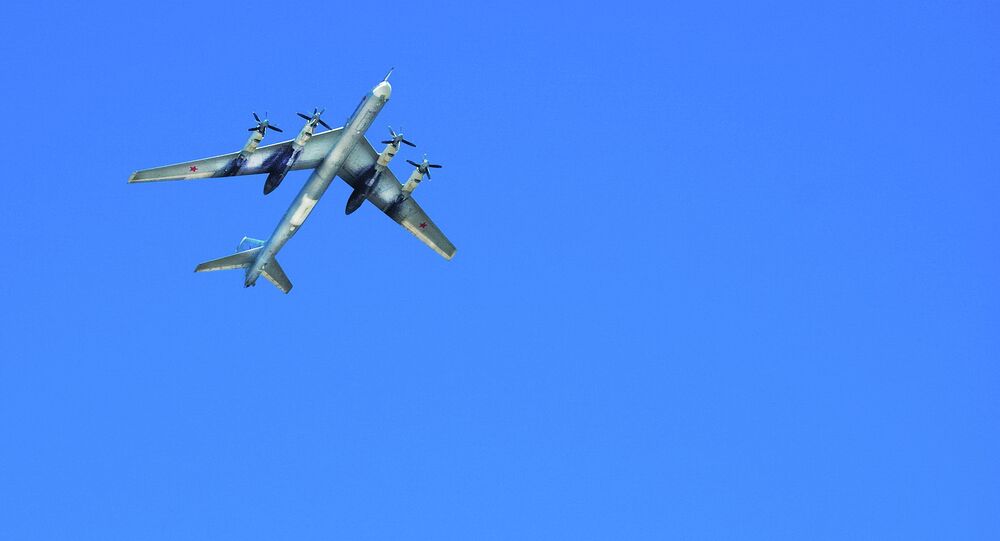 The British media is awash with news about another two jets being scrambled to intercept Russian bombers flying near British airspace, despite it hardly being newsworthy.

RAF Typhoon jets were sent up to escort two Russian aircraft spotted off the south-west coast of Britain on February 19. The incident is the latest in what have been almost monthly intercepts near what the UK likes to call the "UK area of interest" over several years.

A Ministry of Defence spokeswoman said: "RAF quick reaction alert Typhoon fighter aircraft were launched yesterday after Russian aircraft were identified flying close to UK air space. The Russian planes were escorted by the RAF until they were out of the UK area of interest. At no time did the Russian military aircraft cross into UK sovereign air space."

The news was quickly jumped on the British media which responded with headlines like: "RAF scrambles jets after Russian bombers spotted near Cornwall coast" (Guardian) and "Cornwall: Live updates after RAF jets warn away 2 Russian bombers off Cornish coast" (Mirror).

However, these high-level meetings are nothing but a regular series of exercises by the Russian air force, whose British counterparts treat as ‘wing-waving' since they have been happening for decades. There are many stories of previous ‘intercepts' during which the pilots smiled, waved and gave each other the thumbs-up sign.

The UK Ministry of Defence said fighter jets were scrambled 17 times in 2013, 21 times in 2012 and 20 times in 2011. Very few of these were for civilian aircraft. It said in 2014 it scrambled eight times to escort Russian military aircraft, which many believe are sent to test western response times. In 2013, the number of scrambles was also eight.

However, these mid-air intercepts date back to the Cold War when Russian bombers (such as the Tu-95 Bear), were regularly spotted by western and NATO forces. It was known, in the UK, as "buzzing" NATO airspace. As far back as the 1970s the regular intercepts were greeted with smiles on both sides.

"I took off and intercepted a Bear, and in retaliation for the vodka I flashed the [Playboy] magazine centrefold, getting a hearty smile and a thumbs-up in response. We were always taking pictures of them, and vice versa. We were more than willing to take our oxygen masks off and let them get pictures."