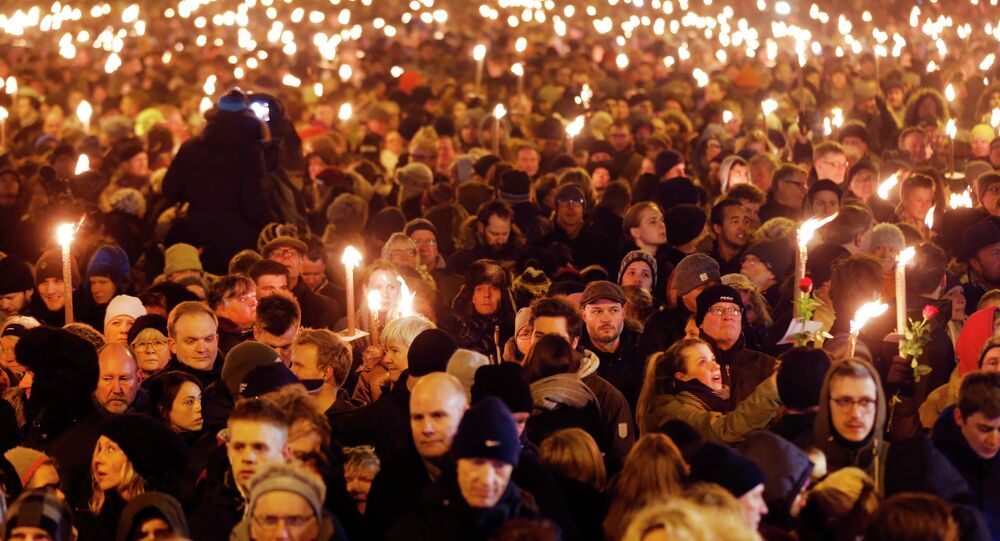 Norwegian Muslims will form a "ring of peace" around a synagogue in Oslo this weekend as apart of a gesture of solidarity with the country's Jewish community.

The head of Oslo's Jewish community has welcomed the gesture, which will take place after Saturday's Shabbat celebration.

"If the Jihadists want to use violence in the name of Islam, they must go through us Muslims first," one of the event's organisers told British-based anti-extremist organisation, Hope Not Hate.

"Islam is to protect our brothers and sisters, regardless of which religion they belong to. Muslims want to show that we deeply despise all types of hatred towards Jews, and that we are there to support them."

Jewish communities in Europe and the UK have raised concerns over their safety in recent times, following the Charlie Hebdo and Paris shootings last month, as well as the recent Copenhagen synagogue attack.

On top of the fatal shootings, many Jewish leaders have noted the increase in anti-Semitic sentiment in recent times, with reports of increased abuse, and in some instances, the desecration of Jewish cemeteries.

However, Muslim groups have noted that they are also concerned about the potential backlash in anti-Muslim sentiment following these attacks.

The Patriotic Europeans Against the Islamisation of the West (PEGIDA) movement has held various events across Europe, protesting against the perceived Islamic influence in Europe.

© Flickr / Natascha M
Let My People Go: Netanyahu Beckons European Jews to Immigrate 'Home'
One of the event organisers, 17-year-old Hajrad Arshad, said that the aim of the ‘ring of peace' was to make a clear statement of solidarity between the communities and to "extinguish the prejudices people have against Jews and against Muslims."

"We think that after the terrorist attacks in Copenhagen, it is the perfect time for us Muslims to distance ourselves from the harassment of Jews that is happening," Arshad told the Norwegian Broadcasting Corporation NRK.