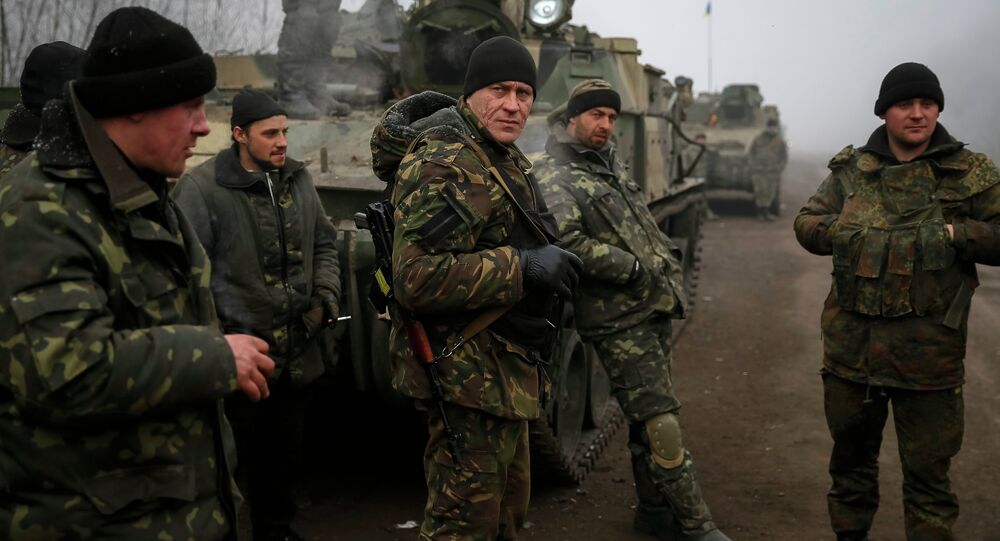 Donetsk Ready to Swap All Kiev Servicemen Captured in Debaltseve

According to DPR official, the self-proclaimed Donetsk People's Republic is ready to exchange all Ukrainian servicemen captured in Debaltseve "under the all-for-all formula."

© REUTERS / Baz Ratner
Donetsk Ready to Hand Over up to 3,500 Dead Soldiers in Debaltseve to Kiev
DONETSK (Sputnik) – The self-proclaimed Donetsk People’s Republic is ready to swap all prisoners captured in Debaltseve under the all-for-all formula, the republic’s key negotiator said Thursday.

The town of Debaltseve, a transportation hub, has been highly contested by pro-independence forces and Kiev government troops, including after the ceasefire was introduced last week. On Wednesday, Ukrainian President Petro Poroshenko said the 2,500 troops, which had been encircled in Debaltseve for weeks, had left the area.

"In accordance with the set of measures signed in Minsk, Donetsk is ready to exchange all Ukrainian servicemen captured in Debaltsevo under the all-for-all formula," Denis Pushilin told reporters.

© AFP 2020 / ANATOLII STEPANOV
Poroshenko Says Nearly 2,500 Ukrainian Soldiers Left Debaltseve
"We are ready for direct talks on this issue with Kiev representative Viktor Medvedchuk, who has gained a reputation as a competent and fair negotiator," he continued.

Pushilin added that as the situation had stabilized in Debaltseve and surrounding areas, Donetsk was ready to ensure the safety of the Organization for Security and Co-operation (OSCE) monitoring mission in the area.

An all-for-all prisoner exchange was one of 13 points in the deal reached last week between the Russian, Ukrainian, French and German leaders in Minsk. The other points include a ceasefire, in effect since Sunday, and a pullout of heavy weaponry from the line of contact.

Pushilin said earlier on Wednesday that both Kiev and independence supporters were preparing lists for the prisoner exchange.

Almost Half of Residents Leave Debaltseve, 5,000 Remain in City – DPR