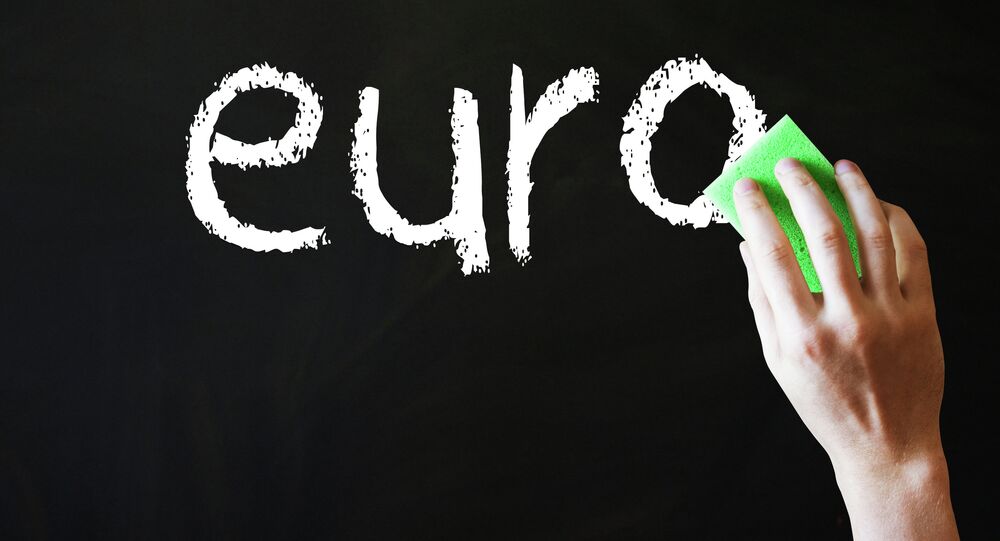 Former President of France Valery Giscard d'Estaing says the entrance of Greece into the Eurozone in 2001 was clear mistake, and now the country's economy can only recover if Greece abandons the Euro and goes back to its own currency.

Giscard d'Estaing is convinced that Greek economy will not bounce back with a strong currency, like the Euro. The fundamental issue that Greece needs to solve is not whether the country can re-pay its loans and adjust interest rates, but to revive its economy, which the country could only do using its own, devalued currency, Giscard d'Estaing says.

The former Head of State added that it was a mistake to allow Greece to join the Eurozone in 2001.

© AFP 2021 / ARIS MESSINIS
Greece Confirms Loan Extension Request to Eurozone
“The entrance of Greece into the Eurozone in 2001 was a clear mistake. At the time, I was against it. The Germans were against it too. They [The Greeks] were accepted because others, including France, insisted on it. Greece can only solve its current problems with a devalued currency. We, therefore, should calmly consider this scenario in the interest of Greece”, Giscard d'Estaing said.

It will be the best case scenario for everyone – the Greek economy may have a chance to recover, while the rest of the Eurozone will not be affected, Giscard d'Estaing said. Greece should look at countries, like Britain, Sweden and Czech Republic that did not adopt the Euro and are doing just fine. Giscard d'Estaing concluded that Greece will have a chance to return into the Eurozone, once it solves its economic problems.