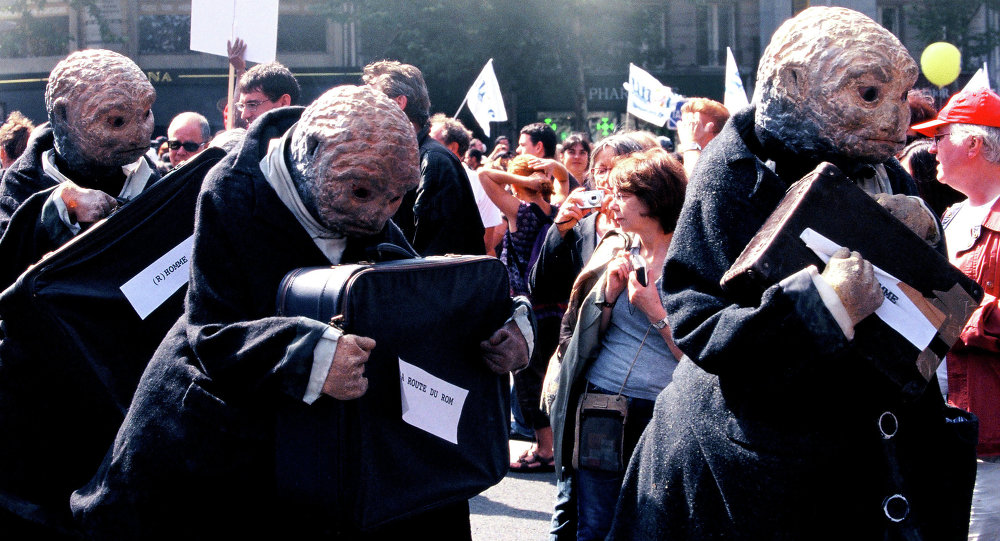 A Council of Europe human rights commissioner has raised serious concerns about the growing racism and intolerance in French society, following the release of a report that found discrimination and hate speech was on the rise.

Human rights commissioner Nils Muižnieks said that there was “an urgent need” to address the levels of racial and cultural intolerance within France in a “sustained and systematic matter.”

The report was finalised in December 2014, one month before the Charlie Hebdo and Paris kosher shop shootings, which claimed the lives of 17 innocent people, plus the three gunmen.

© AP Photo / Matt Dunham
Charlie Hebdo Incident is Wake-Up Call for Europeans
The findings show that a number of ethnic and religious minority groups, such as travellers, Roma people and other migrants experienced an increase in racist rhetoric directed towards them, while there was also a considerable increase in violence against France’s Islamic and Jewish communities.

“In recent years, there has been a huge increase in anti-Semitic, anti-Muslim and homophobic acts. In the first half of 2014 alone, the number of anti-Semitic acts virtually doubled, while the number of Jews leaving France for Israel tripled compared with 2012, which is a telling indication of their feeling of insecurity,” Mr. Muižnieks said.

“The rising number of anti-Muslim acts — 80% of which are carried out against women — and homophobic acts, which occur once every two days, is also cause for great concern. It is essential to put an end to such acts, including on the Internet, and to punish those responsible,” he added.

Government Urged To Do More

The commissioner called on the French government to be more proactive in cracking down on racism and hate speech, particularly on the Internet, suggesting that further discrimination protocols should be ratified to help strengthen legal frameworks.

He also accused the French government of not doing enough to support asylum seekers, particularly given the comparatively limited number of Syrian migrants France has received.

France must reckon with its racism, which has pushed poor people out from central Paris, @kimmelman writes. http://t.co/d8e1n7tXxf

“The serious and chronic inadequacies in the reception of asylum seekers force many of them to live in extremely vulnerable and degrading conditions. Lasting solutions need to be found as a matter of urgency to ensure that everyone has effective access to reception centres and social protection.”

The plight of the country’s Roma population was also a key point of contention, with Mr. Muižnieks saying that a sense of negative sentiment towards the group had existed “for a very long time.”

At least Europes Mulsims are hated less than its Roma… so far. – Islamophobia gains momentum in France http://t.co/pECt5e0JAs

He said many members of France’s Roma community had long been targets of hate speech and discrimination, and said that there was an urgent need to guarantee ethnic minorities access to healthcare, education and housing.

Rise of Intolerance Across Europe?

Although the report highlighted the current issues in France, many have argued that there has been a growing sense of intolerance towards immigrants and ethnic minority groups across Europe as a whole. 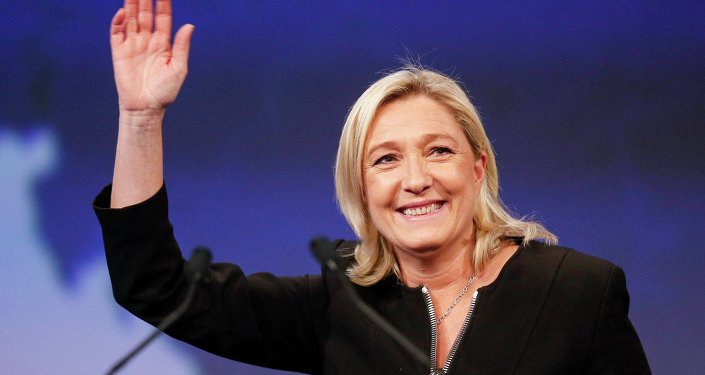 French right-wing party the National Front, under the leadership of Marine Le Pen has gained an increase in support in recent times as a result of the group’s tougher stance on immigration.

The group has been accused by some activists of being xenophobic and racist towards migrants and asylum seekers as a result of their proposed policies.

In Germany, the Patriotic Europeans Against the Islamisation of the West (PEGIDA) group have similarly been accused of being openly-racist and inciting racial hatred, following a series of widely-publicised demonstrations in Germany, where tens of thousands of people marched the streets to demonstrate against the perceived influence of Islamic culture in the West.

© AFP 2019 / ODD ANDERSEN
EU Commissioner Cautions Parliament About Rising Intolerance
Meanwhile in Britain, the UK Independence Party (UKIP) has gained an increase in support and media attention for their tougher approach to immigration.

Critics say these groups are contributing to a growing sense of cultural intolerance in Europe that is having an impact on wider society.