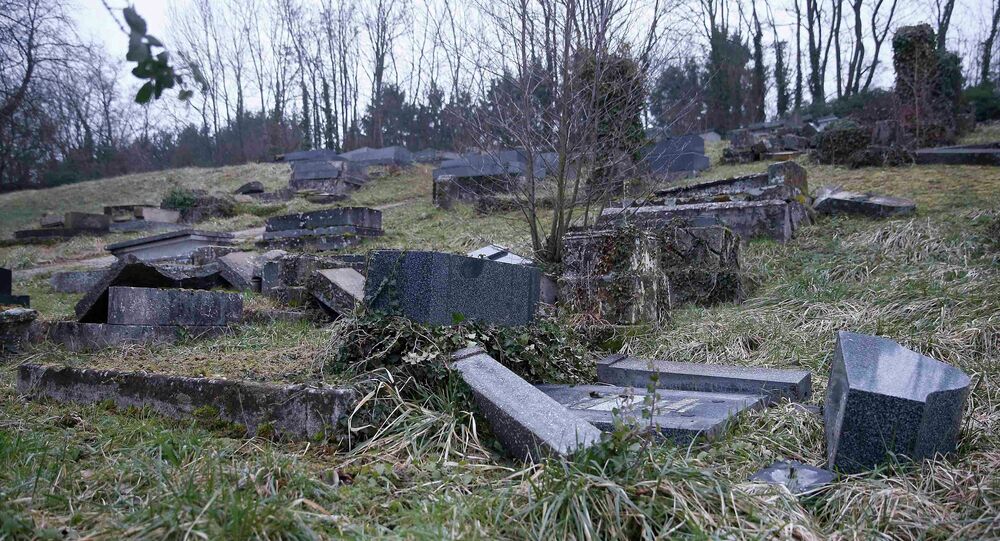 Five teenagers were charged on Wednesday with vandalizing hundreds of Jewish graves in eastern France.

© AP Photo / Christian Lutz
Five Teens Arrested in France For Desecration of Jewish Сemetery
Five adolescents aged 15 to 17 have been detained for questioning for desecrating Jewish graves, a local prosecutor said on Monday.

All five are from the eastern region of Sarre-Union in Alsace, where around 300 tombs were defaced and damaged last week.

The boys pushed over tombstones in the cemetery and opened up vaults. A monument to the victims of the Holocaust at the entrance was also vandalized.

The teens were charged with "the desecration of burial places due to the religion of the deceased" and with deliberately vandalizing property on public land, according to prosecutor Philippe Vannier.

The charges were in line with those demanded by Vannier who   saw a clear "anti-Semitic motive" behind the boys' alleged act.

The youngest of the five later came forward after being shocked by the massive reaction across the country to the vandalism, Philippe Vannier said, adding that the boy denied any anti-Semitic motive behind the attack.

The incident was condemned by the government, with Interior Minister Bernard Cazeneuve calling it "a despicable act", while Prime Minister Manuel Valls denounced  it as "anti-Semitic and ignoble" on Twitter.