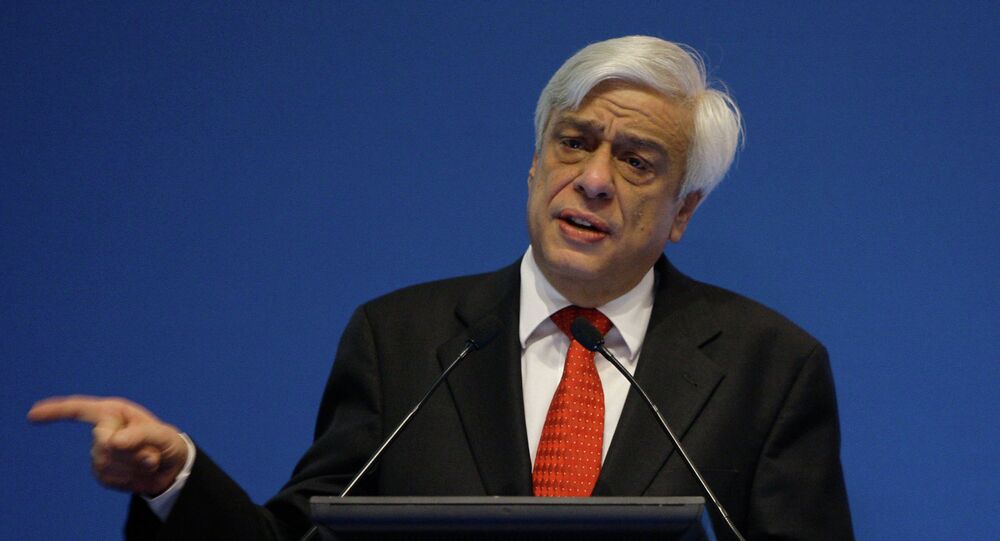 ATHENS (Sputnik) – Prokopis Pavlopoulos' candidacy was supported by 180 parliamentarians out of 300, enough to be elected in the first round of voting.

Currently, the election is still ongoing.

© AFP 2021 / ARIS MESSINIS
Greece Confirms Loan Extension Request to Eurozone
The 64-year-old center-right politician was a member of the New Democracy party and served as Greek Interior Minister from 2007-2009.

He was nominated on Tuesday by Greek Prime Minister Alexis Tsipras.

The Greek parliament has failed to elect a new president three times. The last attempt was made on December 29, 2014 and in line with the Greek Constitution, a general election was held in the country within a month of the failed vote.