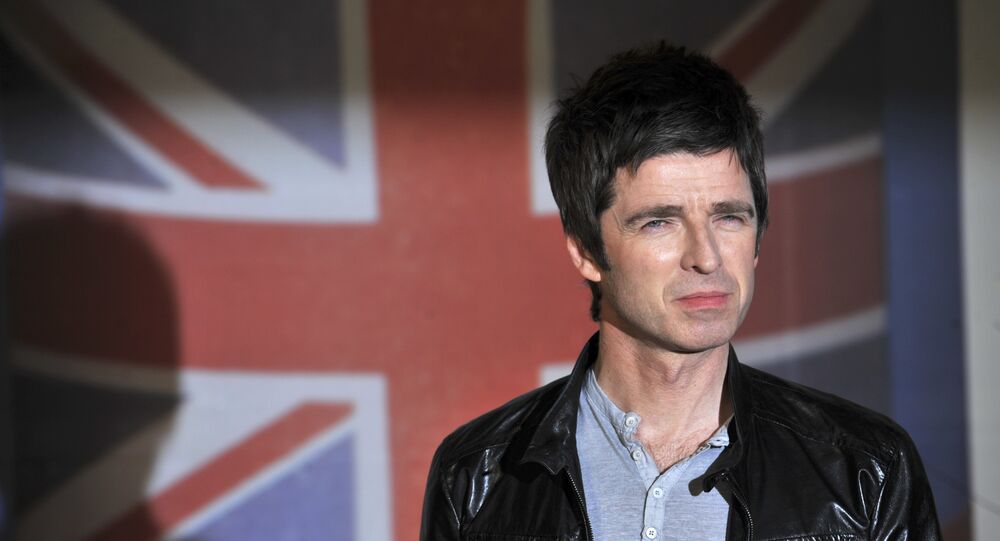 Don't Look Back in Anger: Rock Star Thanks Thatcher

"Things can only get better". As the former Prime Minister Tony Blair opened the doors to Downing Street to the soundtrack by D:Ream, he also welcomed in Britpop.

The sound of the mid-1990s subgenre of rock and pop was both British and working class. And the outspoken lead singer of Oasis, one of the most popular bands at the time, was seen drinking champagne with Tony Blair at Number 10.

In a recent interview with The Quietus to promote his new album, the lead singer of High Flying Birds was happy to look back and talk politics; and thanked Margaret Thatcher, not Tony Blair, for what he called the ‘golden age of modern pop music'.

"If you think of the golden age of modern pop music, we were under the rule of the Conservatives, and my point was, you knew where you stood with Thatcher…she was quite brutal about it, so we're like, ‘OK she's the enemy.'

"Art was better under Thatcher, not because of Thatcher but in spite of Margaret Thatcher."

I'm not a politician. I'm a Rock Star.

"I'm not a politician. I'm a rock star. I think the working classes don't have a voice: that's a fact.

A new report examining the cultural and creative industries in Britain has reached a similar conclusion. It describes arts audiences as overwhelmingly white and middle class.

Here's my cartoon of #NoelGallagher for tomorrow's @LeedsNews illustrating his take on the election pic.twitter.com/qUCR8xmYlN

The Warwick commission report looked at all aspects of the creative sector: from film, theatre and dance to video games, pop music and fashion.

The ‘arts' represents five per cent of the British economy and is valued at £76.9billion

The report concluded that children born into low-income families with low levels of educational qualifications are the least likely to be employed and succeed in the cultural and creative industries.

They are also less likely to engage with and appreciate the arts, culture and heritage in the curriculum; experience culture as part of their home education and have parents who value and identify with publicly funded arts and heritage.

"I'm not a ranter. I'm not!" Noel talks to The Quiteus about politics in music, getting pissed with Morrissey & more http://t.co/3sDgZ0QfEg

Vikki Haywood, chair of the Warwick Commission on the Future of Cultural Value said:

"The key message from this report is that the government and the cultural and creative industries need to take a united and coherent approach that guarantees equal access for everyone to a rich and cultural education and the opportunity to live a creative life."

"There are barriers and inequalities in Britain today that prevent this from being a universal human right. This is bad for business and bad for society", said Heywood.

Arts are being 'systematically removed from UK education system' @UoWcommission thank you for raising awareness! http://t.co/39UWFGV8tK

But for things to get better again, politics would need to be a mix of different parties and their policies which would be "kind of perfect", according to Noel Gallagher.

"But they're all into power, they're not into politics."

Therefore Noel Gallagher predicts the next Prime Minister opening the door to Number 10 Downing Street will be Boris Johnson.