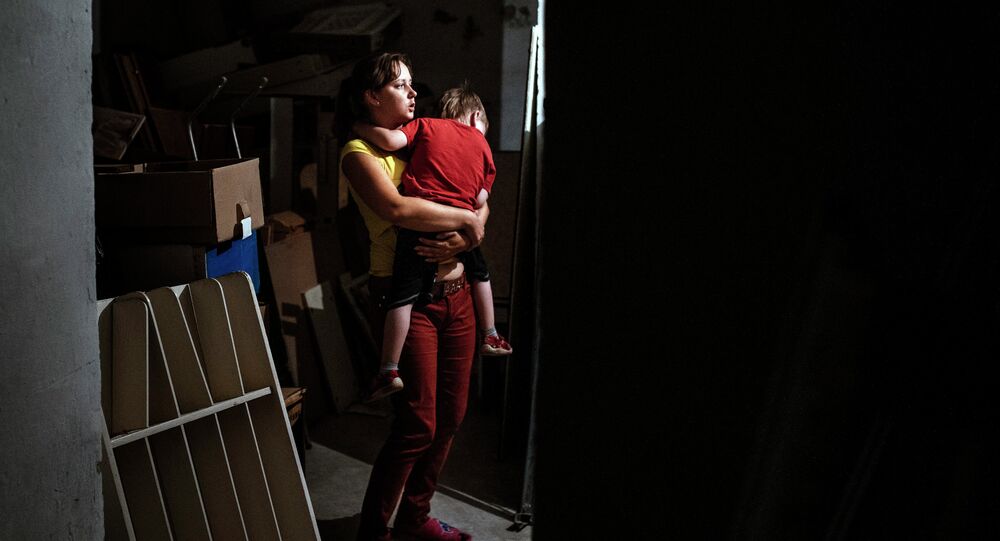 Russia's Children's Right Commissioner Pavel Astakhov said that two million children were affected by the armed conflict between Kiev troops and independence militias in eastern Ukraine. This number includes those children who fled, who were injured.

"This humanitarian disaster has affected the interests of two million children," Astakhov said in an interview with RIA Novosti, citing UN data.

The commissioner added that this number includes "those who fled, who were injured, who died."

"As of today, there are 101 children with serious illnesses living in the conflict zone that need urgent medical care. There are also 90 children with different fragment and bullet wounds sustained during shelling who need help," he said.

© REUTERS / Valentyn Ogirenko
Over 1.2 Million Displaced in Eastern Ukraine Due to Military Conflict: UN
More than 30 of the children requiring medical assistance have already been transported out of the conflict zone. Another 12 who need surgery will be evacuated shortly, when all necessary documents are in place, the commissioner informed.

"We are ready to transport out sick and injured children in groups of 8 to 12 people. The evacuation method and number of children depends on their health," Astakhov said, praising Russian clinics for their willingness to provide the children with medical treatment.

Astakhov also informed that the self-proclaimed Donetsk People"s Republic in eastern Ukraine is set to get its own children's rights commissioner in the near future. Russia is ready to provide the region with assistance, he added, noting that more than 100 of its hospitals, schools, kindergartens, children's camps and other institutions had been destroyed in the conflict.

An armed conflict has raged in Donbas since April last year, when Kiev launched a military crackdown on local independence supporters. The warring sides agreed on a ceasefire in September, though the truce was repeatedly broken. A new ceasefire agreement came into force over the weekend.

Six Donbas Children to Be Flown to Moscow Hospitals