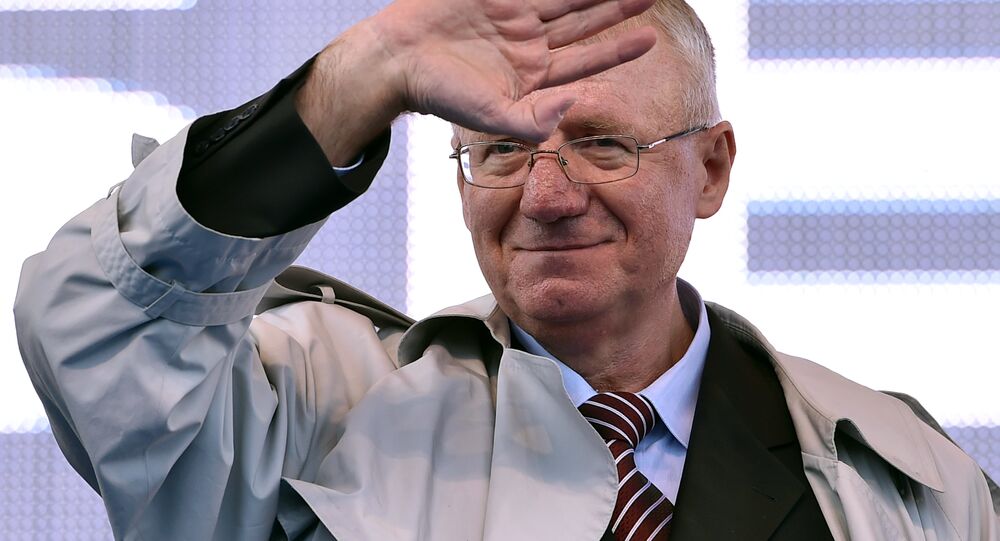 Serbia will never enter the EU because the Union will fall apart before it happens, a prominent Serbian politician believes.

© Sputnik / Aleksander Natruskin
Serbia Rules Out Joining Sanctions Against Russia - Ambassador
According to Vojislav Seselj, a prominent Serbian politician, writer and lawyer, Serbia will never join the EU because the organization will collapse first.

Seselj, who is head of the Serbian Radical Party, made the remarks during his interview with ParlamentníListу.cz, which was released on Wednesday.

"I think that Serbia will never join the EU, because the EU will see its disintegration earlier. Secondly, we will do our best in order to topple this regime. If the Serbian Radical Party comes to power in Serbia, we will immediately stop the country's integration into the EU," Seselj said.

He added that Serbia could instead focus on bolstering ties with Russia.

"We see the prospect in integrating relations with Russia, which is full of energy and continues to gather strength. This is something that scared the Americans and other Western countries, which is why they decided to weaken the Kremlin by imposing sanctions, blockades and other things. They will achieve nothing because Russia is a Slavic country, which has no such ambitions as the United States wishing to rule the world, conquer and subjugate," he said.

Separately, Seselj touched upon anti-Russian sanctions, which he claimed rode roughshod over the EU's economic interests.

"Europe has lost an incredibly large market as the result of anti-Russian sanctions. As for Russia, it will first face problems, but it will then start to develop its own food, electronic and automotive industries so as to shore up production. Russia will seek to develop cooperation with other countries, while Europe is shooting itself in the leg," Seselj concluded.

Although the Serbian Radical Party, which was founded by Seselj in 1991, holds no seats in Serbia's National Assembly, it was a major force in the country's legislature until a 2008 schism in the party over attitudes towards the European Union resulted in the creation of the Serbian Progressive Party, which currently controls the legislature.