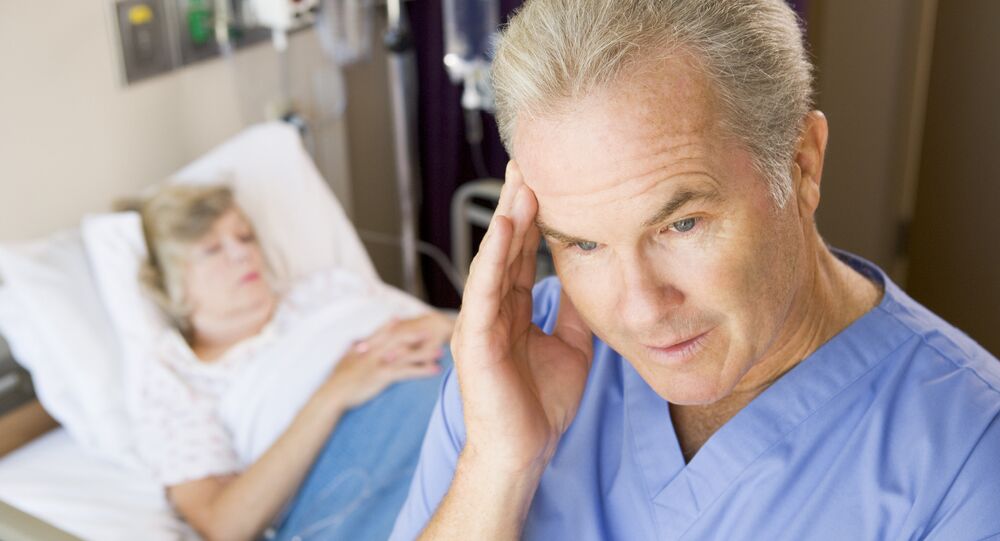 The issue of medical ethics and assisted dying is once again in the spotlight, with new research suggesting that one in five Dutch doctors would consider helping someone die if they were “tired of living,” even if they weren’t in physical pain.

The anonymous survey of 1500 Dutch GPs, care doctors and other medical specialists found that 18 per cent of respondents would consider allowing patients to die, simply because they were "tired of life," while 2 per cent of health professionals said they had previously taken part in euthanasia or assisted suicide (EAS) for someone in that situation — an action that contradicts Dutch law.

The paper, published in the Journal of Medical Ethics, found that 40 percent would consider helping someone in the early stages of dementia die, with 3 per cent already having done so.

Other statistics from the research found that 86 percent of those surveyed generally agreed with the concept of EAS, while 85 per cent found it conceivable they would perform EAS on someone who was suffering from cancer and in considerable pain.

The Future of EAS Laws

The findings raise a number of questions about current laws surrounding euthanasia, assisted suicide and assisted dying, and whether the opinions of medical professionals could influence the debate about the right to die.

Dutch regulations on EAS are among some of the most liberal in the world, with euthanasia and assisted suicide decriminalised under some conditions where the patient is experiencing "unbearable suffering without prospect of improvement."

However the latest findings suggest that a significant number of Dutch doctors would support a further reform of current laws.

The report stated that:

The findings illustrated that there was still a divide in the opinions of medical professionals, particularly over the issue of whether EAS should be carried out for physical or psychological suffering, with the report concluding that "physicians are less likely to label suffering as unbearable and to be willing to perform EAS in psychosocial suffering compared to physical suffering."

Change in the UK?

EAS and assisted dying is still considered illegal in the UK, despite the efforts of a number of advocate groups campaigning to change current laws.

Despite various campaigns, advocates are quick to point of the differences between euthanasia, assisted suicide and assisted dying.

Assisted dying is generally considered to apply to terminally ill, mentally competent adults, who, after meeting a series of strict medical safeguards, can choose to end their life by taking life-ending medication themselves. The practice has been legalised and regulated in the US states of Oregon and Washington.

While many consider this to be similar to assisted suicide, some advocate groups, such as the UK-based Dignity in Dying argue that assisted suicide is different, as it refers to people who may be chronically ill or disabled, but who are not necessarily suffering from a terminal illness, who gain assistance to end their life.

Euthanasia is a term used to describe life-ending medication being administered by a third party, in some cases without the consent of the patient.

Netherlands is the Euthanasia Capital of the World, Will America and Britain Follow? http://t.co/Lki2Lk6pBt

In Britain, the issue of assisted dying was debated in the House of Lords last month, where the House supported an Assisted Dying Bill put forward by Lord Falconer.

Although not a law in the UK yet, assisted dying advocates claimed the House of Lords support as a victory in their campaign to legalise the practice, and have renewed efforts to have the matter discussed in the House of Commons.

Meanwhile in Scotland, an Assisted Suicide Bill is also being discussed by Scottish parliament, which would give people with intolerable progressive degenerative conditions or terminal illnesses the opportunity to medically end their life.