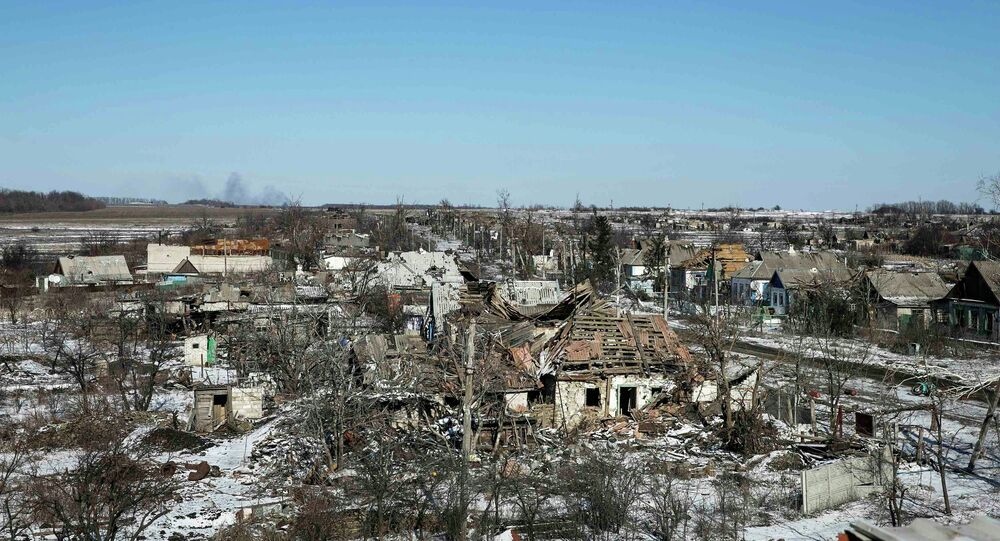 Evacuation of Debaltseve Civilians Put Off Amid Intense Fighting – DPR

The transport ministry of the self-proclaimed Donetsk People’s Republic decided to postpone the evacuation of civilians from Debaltseve until February, 18.

© AP Photo / Mstyslav Chernov
Donetsk Leader Injured in Debaltseve – Media
MOSCOW, (Sputnik) – The evacuation of civilians from the eastern Ukrainian town of Debaltseve was postponed until Wednesday due to intense hostilities in the area, the transport ministry of the self-proclaimed Donetsk People's Republic (DPR) said Tuesday.

"We tentatively decided to postpone the evacuation until tomorrow," the ministry's spokeswoman, Ella Zhuranskaya, said.

In early February, both Kiev and independence supporters started evacuating civilians from Debaltseve. Earlier in the day, Donetsk leader Alexander Zakharchenko ordered that transport was sent to evacuate all the civilians who were still in the town.

© REUTERS / Baz Ratner
Donbas Militias, Ukrainian Military Talk Directly for First Time
Debaltseve is among several locations in southeastern Ukraine where the hostilities intensified in the first weeks of 2015 and are still ongoing, despite a ceasefire in the rest of the conflict zone.

Thousands of Kiev troops are reportedly surrounded in the town at the moment. A source in the DPR Defense Ministry told RIA Novosti earlier on Tuesday that some 120 Kiev servicemen had surrendered.

On February 15, a ceasefire between Kiev forces and Donbas pro-independence fighters came into force, however, since then truce violations have been reported.