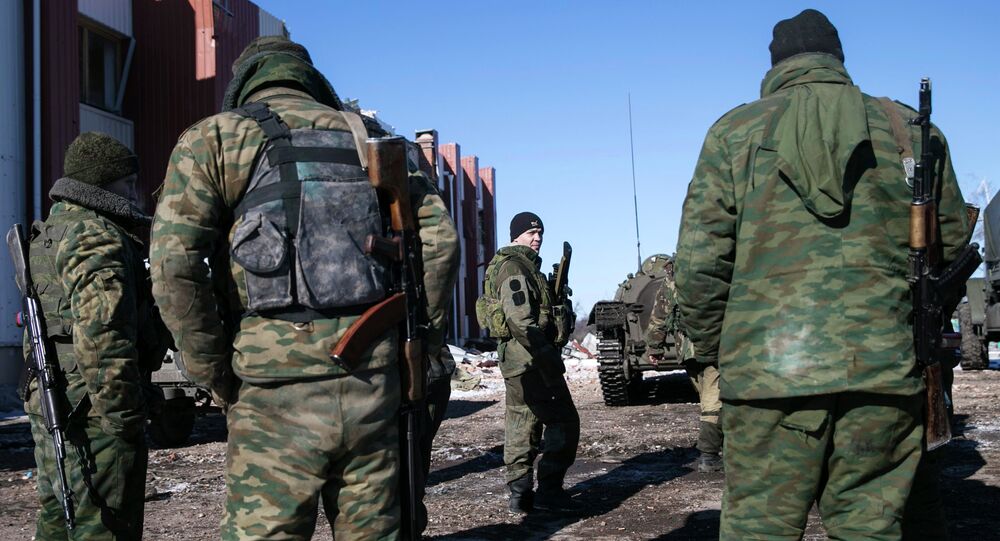 Donbas militias and the Ukrainian military have begun direct talks to coordinate the ceasefire through the Joint Center for Control and Coordination (JCCC), deputy commander of DPR militia Eduard Basurin announced.

© REUTERS / Gleb Garanich
Some 2,000 Soldiers Encircled in Debaltseve – Kiev Lawmaker
Donbas militias announced that for the first time, they have begun direct talks with representatives of the Ukrainian military as part of the Joint Center for Control and Coordination (JCCC) of the ceasefire, according to a deputy commander of DPR militia Eduard Basurin.

"The first meeting as part of the Joint Center for Control and Coordination of the ceasefire, in which we made direct contacts with representatives from the Ukrainian side. Direct talks have begun," Basurin said.

On February 12, a deal on the crisis settlement in Ukraine was signed in the Belarusian capital of Minsk. The leaders of Russia, Ukraine, Germany and France specified steps necessary to maintain ceasefire in southeastern Ukraine.

The truce came into force on February 15. The same day, the head of the OSCE Special Monitoring Mission to Ukraine said the ceasefire was generally holding.