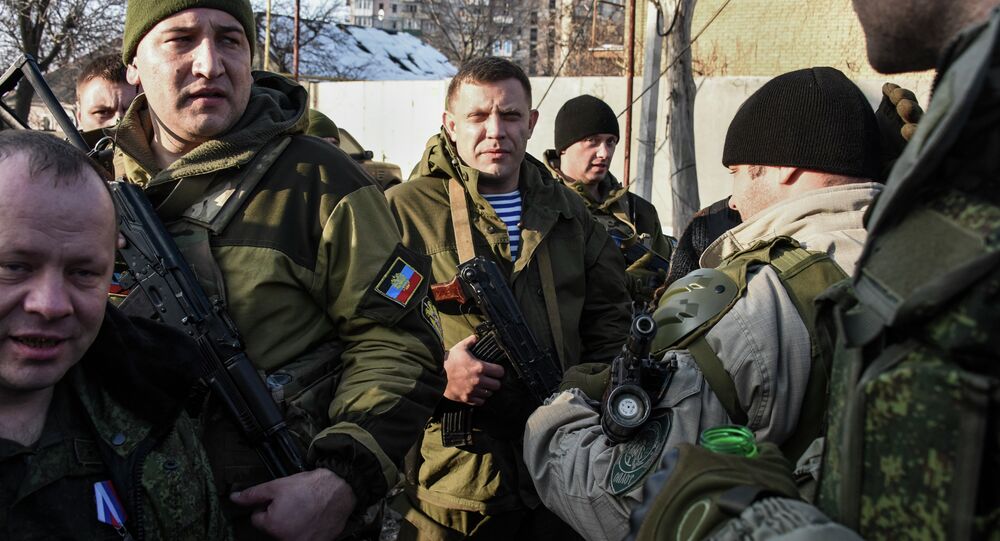 The leader of the self-proclaimed Donetsk People’s Republic, Alexander Zakharchenko, was injured in the leg amid urban warfare in Debaltseve, according to the media report.

"The Donetsk leader was injured in the leg amid urban warfare in Debaltseve," the portal said.

According to LifeNews, Zakharchenko was transferred to the city of Alchevsk in the neighboring Luhansk republic with three other wounded militiamen.

© Sputnik / Dan Levy
Donetsk Forces Ready to Withdraw Artillery Wherever Kiev Observes Ceasefire
The injuries are reportedly not life-threatening. Zakharchenko was conscious during the transportation, the media outlet reported.

Debaltseve is a strategic railroad hub in eastern Ukraine, where some 2,000 Ukrainian soldiers remain encircled by independence militia.

On Monday, Kiev said that Debaltsevo remains the only area where fighting has not subsided after a new ceasefire agreement came into effect Sunday.

Prior to the beginning of the truce, which was agreed upon last week, Zakharchenko said the ceasefire does not apply to Debaltseve, which is not located on the the line of contact between the warring sides.

The leaders of Germany, France, Russia and Ukraine, however, stressed that ceasefire should be observed on the entire territory of Donbas.

No Information on Weaponry Withdrawal Starting at Midnight – DPR

Weaponry Withdrawal May Begin in Areas Where Hostilities Suspended - DPR

Donetsk Not Responding to Provocations From Ukrainian Forces - DPR Official