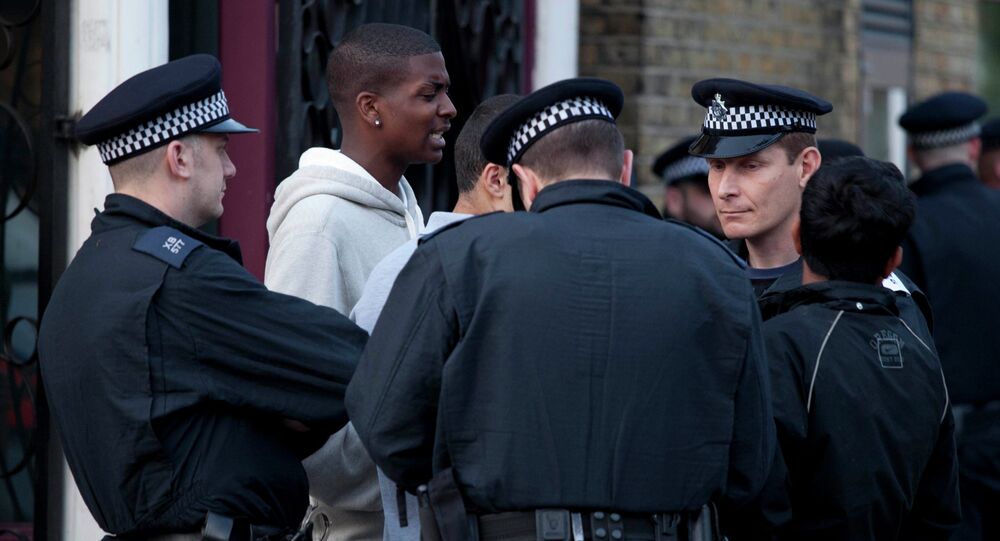 Britain’s Home Secretary Theresa May will warn officers that unless stop and search figures improve, she will change the law.

Stop and search is when a police officer stops someone that they have reasonable grounds to suspect is carrying drugs, weapons, stolen property, or items that could be used to carry out a crime — or used in connection with violence.

The officer searches the suspect’s clothing or their bag, and must explain why they have grounds for the search. Stop and search remains one of the most controversial powers in policing.

According to Her Majesty’s Inspectorate of Constabulary, 27% percent of searches conducted in 2013 did not contain reasonable grounds for suspicion. Figures show only one in every ten searches results in an arrest.

With Britain's stop and search culture and racial tensions I can only be glad our police force are not regularly armed.

However it’s claimed that stop and search is disproportionately applied to people from black or minority ethnic (BME) backgrounds and has been blamed for inflaming tensions between the police within those communities.

Statistically police in Britain as it stands are 28 TIMES MORE LIKELY TO STOP AND SEARCH BLACK PEOPLE.

The Home Secretary will make the announcement at the Stephen Lawrence Charitable Trust Criminal Justice Lecture, in memory of the murdered black teenager. Stephen was stabbed to death in a racist attack in South East London in 1993. His murder became one of the highest profile racial killings in Britain.

In 1999, Scotland Yard was accused of being ‘institutionally racist’ by Sir William Macpherson after the two men accused of killing Stephen walked free from court.

It was only after twenty years, a change in the law and the Macpherson review that finally led to the conviction of Stephen’s killers. It then emerged that the inquiry into Stephen’s death was marred by corruption at the hands of the police officers investigating his murder.

In 2014, Theresa May announced new measures to scale back the way police can use stop and search powers, which includes making it compulsory for police to record whether or not a stop and search led to an arrest or not.

Mrs. May is to promise to change the law if police officers do not stop the ‘excessive and inappropriate’ use of stop and search during her Stephen Lawrence Charitable Trust Criminal Justice Lecture.