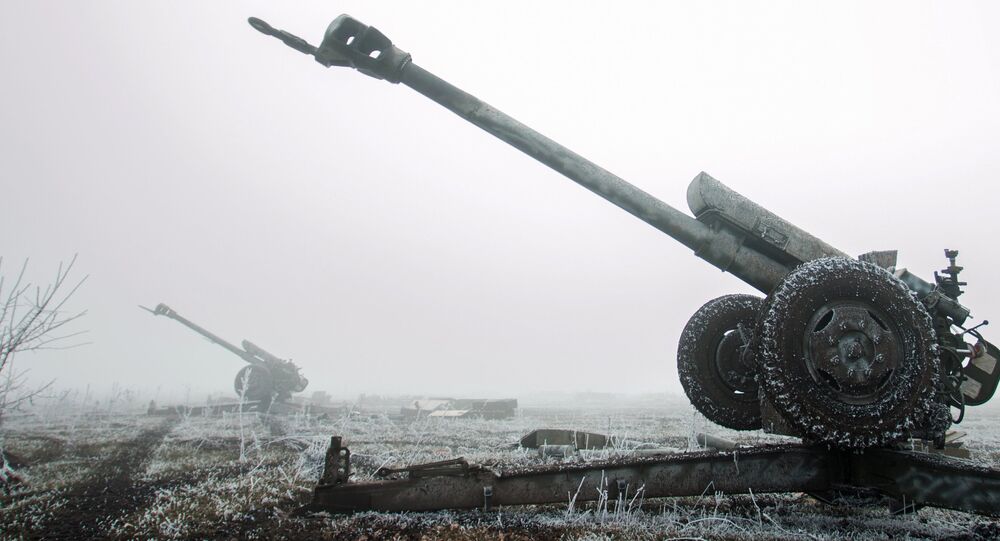 Self-proclaimed Donetsk People’s Republic leader’s press secretary said that republic has not yet begun pulling back heavy artillery from the front lines.

“Our position hasn’t changed: the pulling back of heavy artillery will begin after [Ukrainian] forces stop firing. So far no pull back has begun,” she said.

The self-proclaimed Luhansk People’s Republic began pulling back their heavy artillery Monday evening, but said it would be returned should Kiev troops make a military advance.

"If there is an advance [by Kiev forces], then we will surely respond likewise, if they return their [heavy artillery], then we will, too," LPR leader Igor Plotnitsky told RIA Novosti by telephone earlier on Tuesday.

The withdrawal of heavy artillery is one of the steps to maintain the ceasefire in southeastern Ukraine, as outlined in the recent deal on Ukrainian reconciliation. The deal was worked out on February 12 by the leaders of Russia, Ukraine, Germany and France in Minsk, Belarus and signed by representatives of Kiev, the DPR and the LPR, Moscow and the Organization for Security and Co-operation in Europe (OSCE).

Alongside the withdrawal of heavy artillery, the deal stipulates a prisoner exchange and constitutional changes in Ukraine. The ceasefire came into force on February 15. Since then, both sides have reported various violations of the truce but, according to OSCE monitors, it is generally holding.