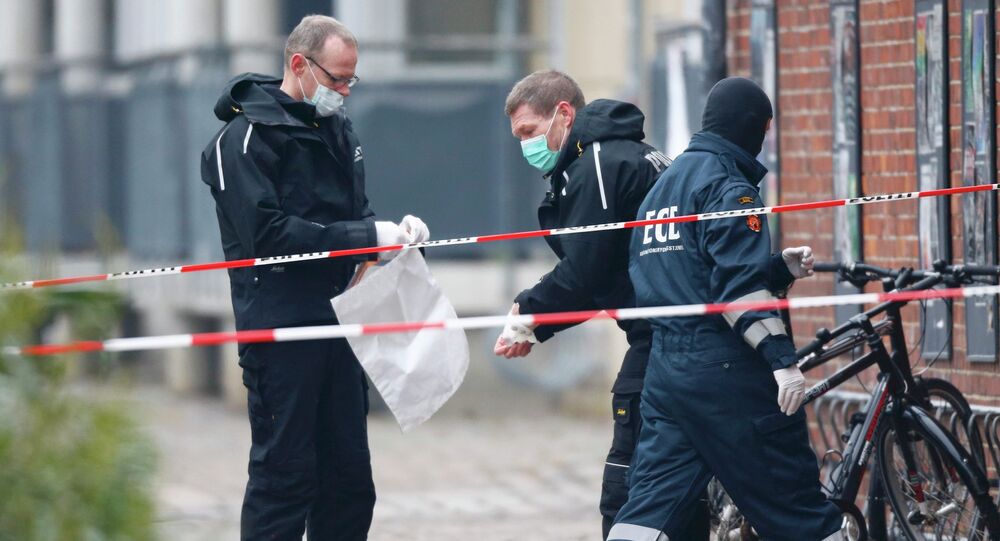 The Copenhagen police did not find any explosives in the suspicious letter found near the site of Saturday's shooting in Copenhagen.

© AP Photo / Michael Probst
Danes Lay Flowers on Slain Shooter's Death Site in Copenhagen
MOSCOW, (Sputnik) – The suspicious letter found near the site of Saturday's shooting in Copenhagen, Denmark, did not contain any explosives, the local police said in a Twitter post Tuesday.

"The investigation has been completed. There were no explosives," police tweeted, adding all restrictions have been lifted.

The Copenhagen police confirmed to Sputnik news agency earlier that a suspicious letter was found outside Krudttonden cafe in downtown Copenhagen on Tuesday morning, raising security concerns. A bomb squad was dispatched to the area to investigate the finding.

© REUTERS / Hannibal Hanschke
'Suspcious Letter' Found at Scene of Copenhagen Shooting
On Saturday, a gunman identified as 22-year-old Omar Abdel El-Hussein opened fire at Krudttonden cafe in Copenhagen during a debate on the role of art, blasphemy and free speech. The attack killed a 55-year-old film director, Finn Noergaard, and injured three people.

On Sunday, the same shooter murdered a man and injured two in an attack on a synagogue in the Danish capital.

Police investigate the theory that the gunman was inspired by a series of gun massacres in France last month, including at a kosher store, which claimed the lives of 17 people.