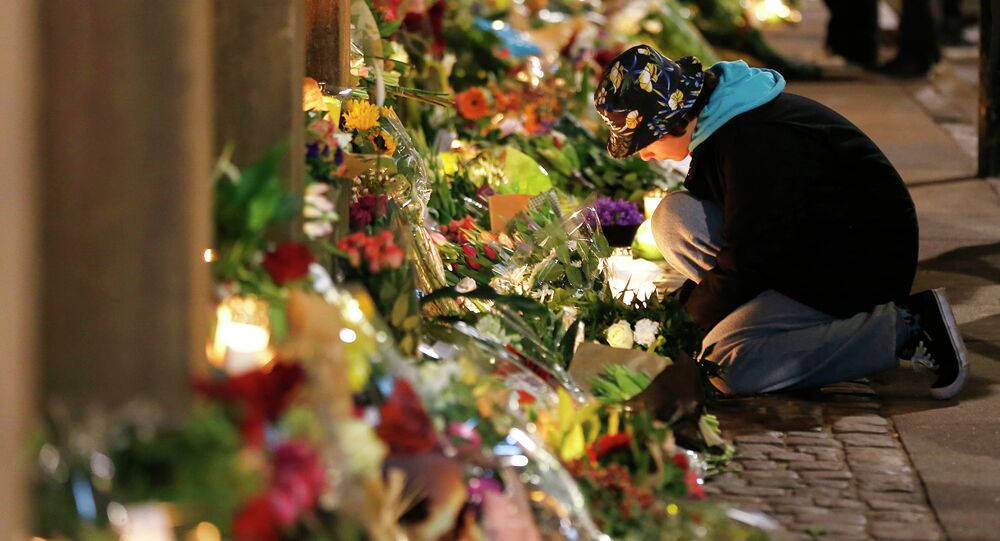 Over 10,000 Commemorate Victims of Copenhagen Shooting

Press officer with the city administration said that over 10,000 people have gathered in Copenhagen to commemorate the victims of Saturday's shootings that claimed the lives of two people.

MOSCOW (Sputnik), Daria Chernyshova — Over 10,000 people have gathered in Copenhagen to commemorate the victims of Saturday's shootings that claimed the lives of two people, a press officer with the city administration's early prevention of radicalization program told Sputnik news agency Monday.

"We have a gathering tonight at one of the places where a man was shot," Ole Larsen told Sputnik. "We are expecting some 10,000 people, many politicians and the prime minister are going to speak, and also the mayor is going on the stage there to say a few words."

On Saturday, a gunman identified as 22-year-old Omar Abdel El-Hussein, opened fire during a debate on free speech in a Copenhagen cafe. The seminar was attended by Swedish artist Lars Vilks, known for his drawings of the Prophet Muhammad. A 55-yer-old film director was killed in the incident. Hours later, a 37-year-old Jewish man was shot in the head while standing outside a synagogue.

The commemoration started Monday at 8 p.m. local time (19:00 GMT) at Gunnar Nu Hansens Place, and "is more about remembering the people who were killed and taking care of their families," according to Larsen.

"All the politicians are coming, but it is a memorable thing tonight," Larsen said, adding that no political statements are expected to be made today.

The gunman was fatally shot by police on Sunday. According to the authorities, he had a criminal record and a gang background, and had been released from jail two weeks ahead of the killings.

According to Swedish police, cartoonist Lars Vilks is under their protection, because "there is a price on his head from certain groups in the world." Earlier on Monday, the spokeswoman told Sputnik that Vilks has been under Swedish police protection for several years.