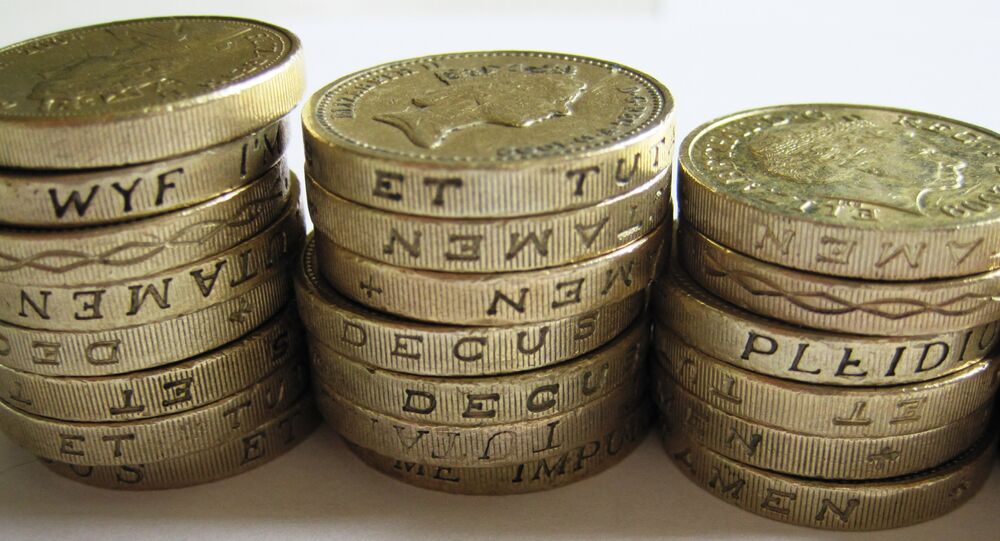 The UK government is collecting £33.4bn less in income tax and national insurance than official forecasts suggested because of the lack of earnings growth in the UK, according to the trade union organisation, the TUC.

Independent analysis based on the wages forecast made in June 2010 by the Office for Budget Responsibility (OBR), the UK government’s official watchdog for fiscal policy, show that, if earnings growth had been in line with the OBR forecast, income tax and national insurance receipts this year would total £308.4bn. But the TUC analysis finds that the Treasury is now expected to collect just £275bn.

Wage stagnation has increased the deficit by at least £33bn, says TUC http://t.co/FaogTwjsmF

The £308.4 billion figure does not take into account reduced revenues as a result of the government’s income tax cuts. However, if the government had chosen not to introduce unfunded tax cuts (which have provided far less support to low income workers than they would have received from wage rises), revenues would be even higher, rising by a further £9.7 billion.

The TUC says that the government’s failure to get wages growing across the current parliament has left it with a much larger deficit than planned – a view reinforced by recent revisions by the OBR. In its December 2014 Fiscal Outlook report, the OBR said it had increased its forecast for government borrowing due to “a large and increasingly downward revision to receipts, notably income tax”.

The OBR now expects the government to have borrowed £91bn in the year to March 2014/15, which is £54bn higher than the Chancellor had originally planned.

The Institute for Fiscal Studies (IFS) suggest that an additional £50bn of either revenue or spending cuts will be needed to close the deficit by 2020. However, the TUC analysis suggests that if wages had grown as the OBR originally expected – and if the government had not pursued an agenda of unfunded tax cuts – there would have been no need. There would be enough revenue already for the deficit to be almost completely gone.

TUC General Secretary Frances O’Grady said: “The Chancellor has failed to reduce the deficit because of his failure to get wages growing. He spent the last five years shrinking pay packets and as a result he plans to spend the next five shrinking the state to a level not seen since the 1930s – before we had the NHS and welfare state safety net.

“When wages go up, consumers spend more, businesses can grow, more income tax and national insurance rolls in and the deficit shrinks. We need a new plan for the economy that gets wages growing and keeps them growing. We can’t cut our way to a strong economy any more than we can dig ourselves out of a hole. More austerity will keep us stuck in a downward spiral. It’s time for a new long-term plan based on fair pay settlements and investment in the skills, infrastructure and innovation that creates decent jobs with decent wages.”

The Office for Budget Responsibility admitted its forecasts from 2010 were over-optimistic because it did not consider the effect of lower wages and salaries as well as higher levels of tax-free personal allowance on income tax.