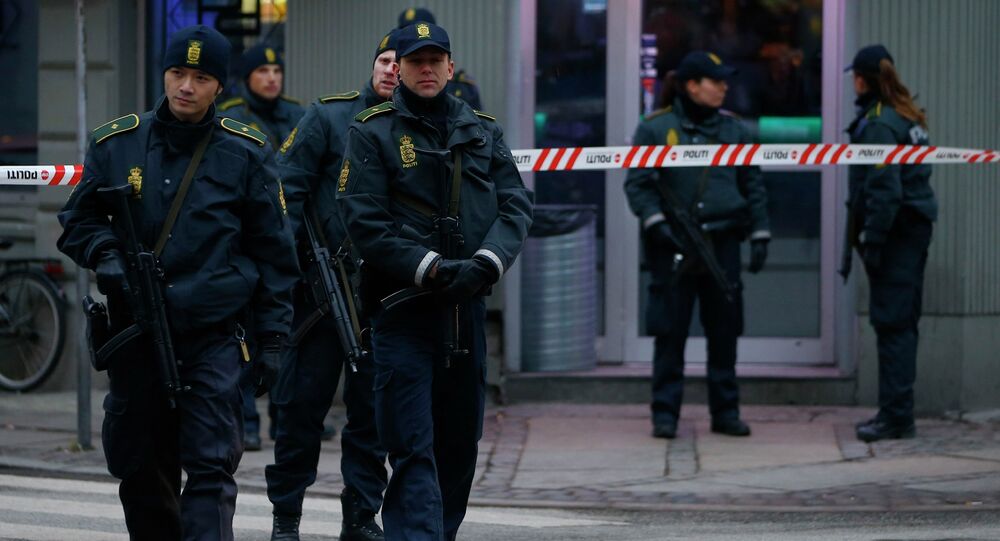 © REUTERS / Martin Sylvest/Scanpix Denmark
Copenhagen Police Kill Suspect Following Fatal Shootings at Cafe, Synagogue
Two suspected accomplices of a gunman, who killed two and wounded 15 people on February 14, were apprehended by police, an official police statement says. They are currently being held in detention and will face charges Monday.

The suspected gunman, who fired into the crowd at a freedom of speech event and a synagogue in Copenhagen on Saturday, was previously reported as identified as Omar El-Hussein, 22, a man with a previous criminal background. His original target was a Danish cartoonist, who drew a controversial caricature of the Prophet Muhammad in 2007.

El-Hussein may have been inspired by January's Paris shootings, but no known links between him and ISIL have so far been revealed. According to information from the police, he was born in Denmark and had already been arrested on several charges. El-Hussein was released from prison only two weeks ago, after serving a two-year term for an armed assault in a subway car. A police search in his apartment Sunday revealed a variety of automatic weapons.

During the shooting, two people were killed and 15 more were wounded, five of them policemen. The gunman himself was shot and killed by police after he opened fire at them early Sunday.