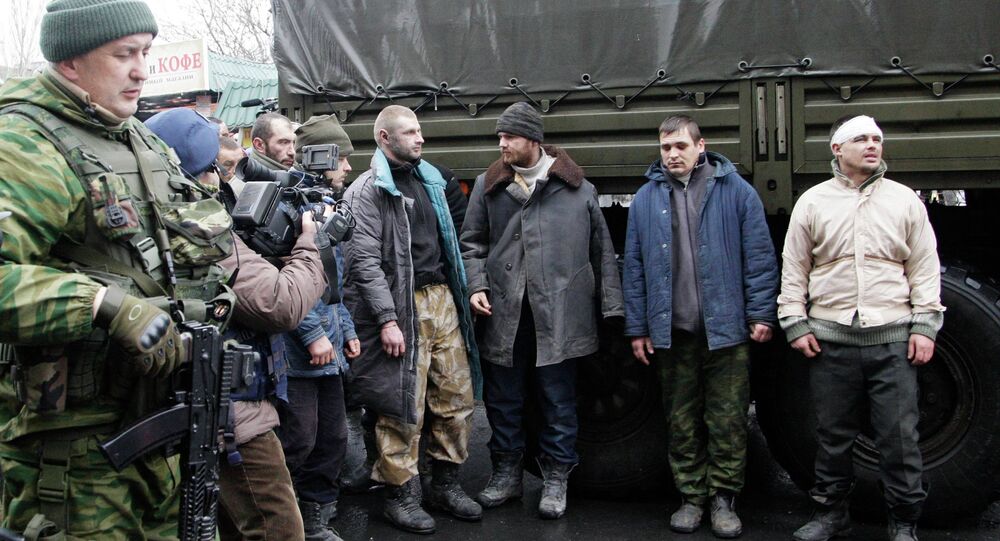 “The agreements that we signed will be fulfilled, that’s why we would like to see this [prisoner] exchange from the other side,” Basurin said during a briefing.

Basurin added that negotiations with the Kiev entities responsible for holding prisoners, such as the Interior Ministry, Security Service and the Prosecutor's Office, were "long and time-consuming."

An all-for-all prisoner exchange was stipulated in the deal that the leaders of Russia, Ukraine, France and Germany reached during Ukrainian reconciliation talks in Minsk last week. The deal also calls for a ceasefire, weaponry withdrawal and constitutional changes.

Kiev and independence supporters have conducted numerous prisoner swaps since September 2014. The most recent prisoner swap between the warring sides took place in December, with the DPR releasing over 145 prisoners and Kiev handing over more than 222 people.

Minsk's High-Profile Tricks: a Sturdy Chair for a Tough-Willed Politician