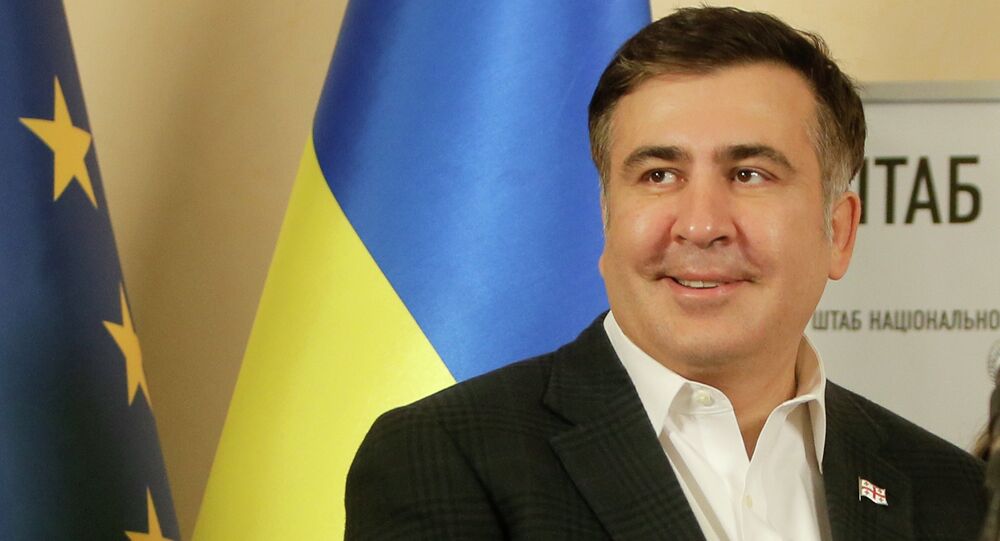 Georgia's Foreign Ministry has summoned Ukraine's ambassador to the country to explain why ex-president Saakashvili's has been appointed as an aide to Poroshenko despite facing criminal charges at home.

"Tomorrow a briefing will take place in the ministry where this will be discussed," an official at the Georgian Foreign Ministry told RIA Novosti, saying that the ministry expects the ambassador to provide an explanation.

The exact date when the ambassador must appear at the ministry is unknown at this time. Local media report that Georgia's ambassador to Ukraine, Mikhail Ukleba, will also be present at the meeting.

© AP Photo / Virginia Mayo
Georgia's Saakashvili: A US-Armed Ukraine Could 'Capture All of Russia'
Saakashvili left Georgia several days after the inauguration of the new president, Giorgi Margvelashvili, in November 2013. The Georgian Prosecutor General's Office accused Saakashvili in absentia of several criminal acts, including abuse of power and the misappropriation of public funds.