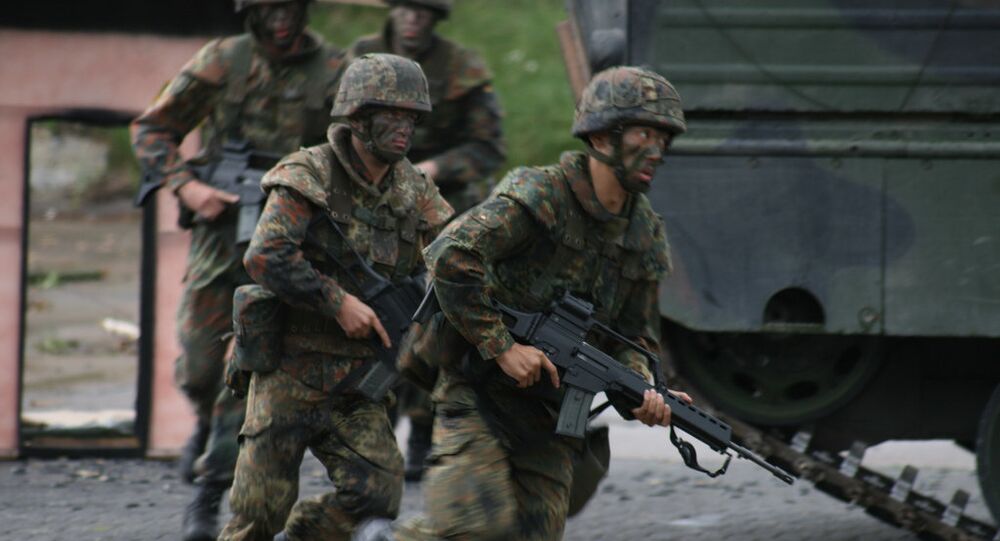 LH Bundeswehr, the clothing manufacturer for the German Federal Defence forces, says it is facing bankruptcy and can't meet its orders.

© Sputnik / Mikhail Fomichov
German Lawmaker Warns Against Banishing Russia From European Community
German troops could be left exposed after their clothing provider LH Bundeswehr (LHBw) announced it was on the verge of bankruptcy, reports Bild am Sonntag.

LHBw, which since 2002 has provided Germany's Federal Defence (Bundeswehr) troops with uniforms, underwear and gas masks, is reported in a document from the German Ministry of Defence to have posted losses of at least €12.8 million ($14.6 million) through its foreign subsidiaries. The company, in which the German government has a 25.1 percent stake, is reportedly so hard up that it can't meet any more orders.

© Sputnik / Ruslan Krivobok
German Labor Protection Reform Sparks Criticism Among Employers
According to the document, the troops' clothing supply faces an "acute risk," and unless the government provides financial support, "insolvency is inevitable." On January 27, the firm requested €104 million ($118.5 million) from the federal government, but was refused.

The government instead established a task force to look at the problem, resulting in a plan for the German military to buy the healthy "Troops' Clothing," core of the business, to which end the authorities have been in negotiations with the private majority shareholders for weeks.

In order to prevent bankruptcy in the short-term, the company's warehouses have been purchased for around €3 million ($3.4 million), while an additional loan of around €22.5 million ($25.6 million) has been made available with which to pay suppliers. A spokesman from the Ministry told the newspaper that their action plan has two aims: to keep the company's workers in their jobs, and keep the forces clothed.

Germany Closes Its Embassy in Yemen due to Political Unrest