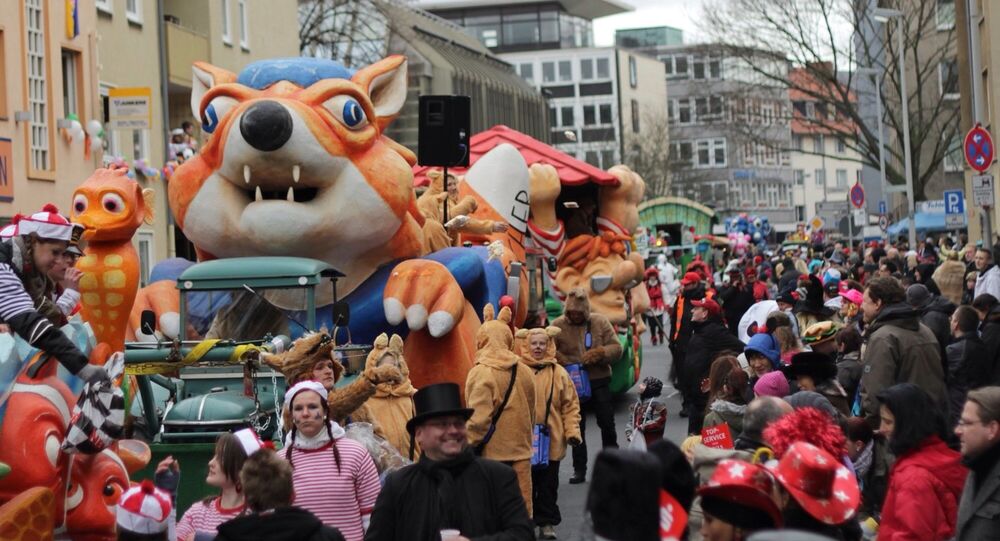 Braunschweig's Carnival parade, the biggest in northern Germany, has been cancelled due to a terror alert.

The cancellation was announced by Braunschweig Mayor Ulrich Markurth and parade marshal Gerhard Baller more than an hour before the parade was set to commence; it was due to begin at 12:20 p.m. local time.

Local police said that the parade had been cancelled after reliable state sources reported that there was a "concrete threat" of an attack with an "Islamist background."

Law enforcers have advised visitors to refrain from travelling to the planned parade route.

The "Schoduvel" parade is believed to be the largest of its kind in northern Germany; the event takes place annually during the weekend before Lent.

The cancellation of the parade comes amid increased surveillance at Danish border entries to Germany after two people were killed and five more injured in two separate attacks in Denmark's capital Copenhagen.

The attacks were described as terrorism by Danish Prime Minister Helle Thorning-Schmidt.

Germany Closes Its Embassy in Yemen due to Political Unrest