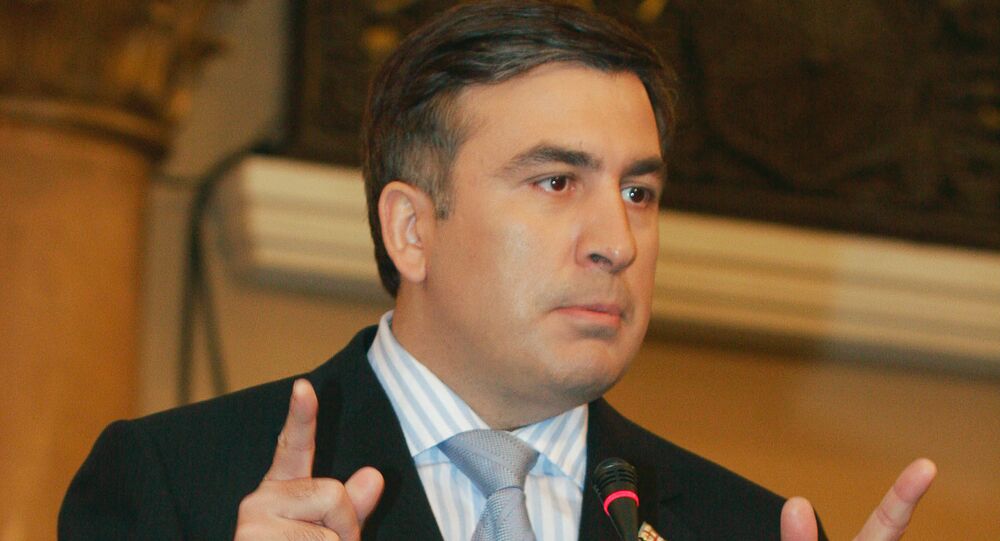 The document was posted on Poroshenko's official website on Friday.

"Appoint Mikheil Saakashvili an aide to the Ukrainian president (not on the staff)," the decree says.

Saakashvili was elected president of Georgia in 2004 after an uprising that toppled his predecessor, Eduard Shevardnadze. He headed Georgia from 2004 to 2013, enjoying wide support of the United States.

© Flickr / Security & Defence Agenda
Both Sides of Ukraine Conflict Responsible for Implementation of Minsk Deal
Saakashvili's rule was largely criticized at home for authoritarianism, with a 2012 prison torture scandal dealing another blow to his approval ratings. In 2013, he was barred from seeking another presidential term and left for the United States to pursue a lecturing career at Tufts University. In summer 2014, a Georgian court charged him with abuse of power and misappropriation of public funds.

This is not the first appointee of foreign descent in President Poroshenko's administration.

Since his ascent to power last June, Poroshenko has been rallying a team of foreigners around himself to assist him in governing Ukraine. In December, he admitted having granted Ukrainian citizenship to US, Georgian and Lithuanian nationals, who were appointed for Cabinet jobs.

Since then, Alexander Kvitashvili of Georgia has headed the healthcare ministry, Lithuania's Aivaras Abromavicus has been appointed the minister of economic development and trade, and US-born Natalie Jaresko has become the country's finance chief. In her turn, Jaresko sought advice on economic reforms from experts working at the Canadian Finance Ministry.