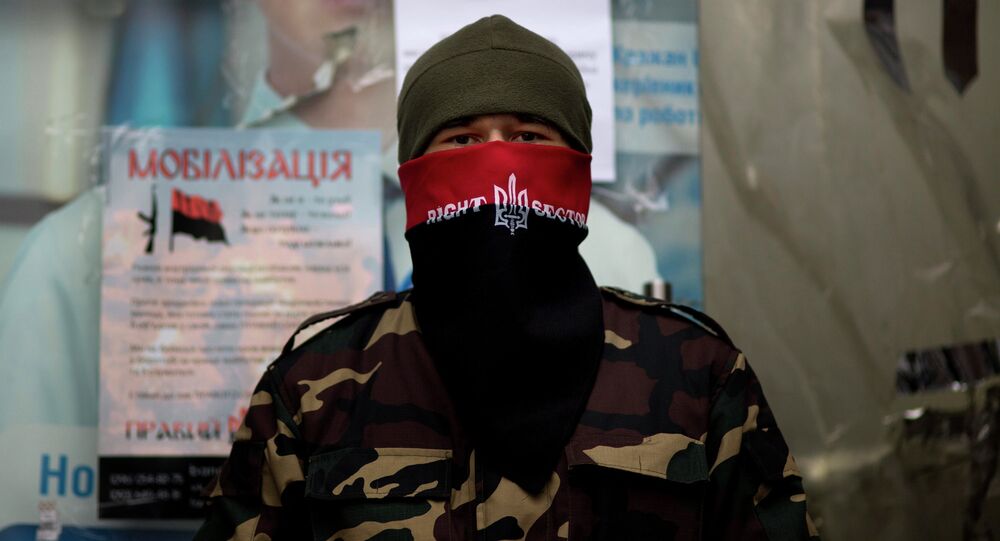 After the church was seized, militants surrounded the building with guards who do not let the faithful in.

"On February 12, after a communion service a group of men in camouflage clothes with Right Sector patches blocked the Church of the Exaltation of the Holy Cross in the village of Bolshaya Sevastyanovka in Cherkasy Region," the Ukrainian Orthodox Church says in its website.

The Right Sector is an ultranationalist Ukrainian paramilitary group. Its militants took part in clashes with police and seized administrative buildings in January and February 2014. Since April 2014, they have suppressed protests in eastern Ukraine. Moscow has repeatedly called on Kiev to disarm illegal military groups, including Right Sector.

According to the Church, the seizure followed a meeting during which non-residents insulted the faithful.

The Church says the organizers of the meeting threatened a local priest. After the church was seized, militants surrounded the building with guards who do not let the faithful in.

Shelling in Donetsk Taking Its Toll

Kiev Forces Cause Explosion at Chemical Factory in Donetsk – Officials