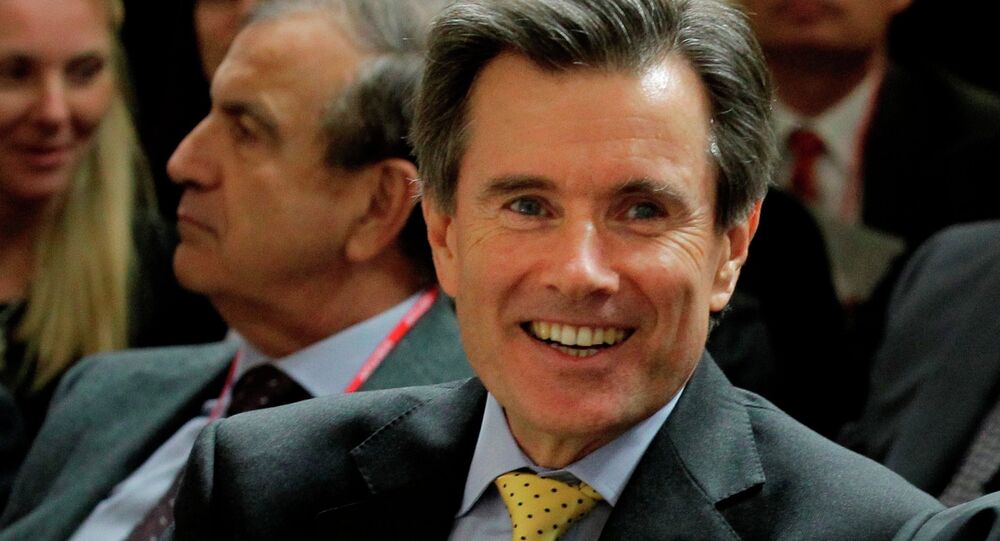 The former head of the UK MI6 secret intelligence service, Sir John Sawers – still mired in the stalled Iraq Inquiry fiasco – has taken up the chairmanship of a private spy and intelligence company.

Sir John – who was chief of MI6 until as recently as November 2014 – has taken up his role as Partner and Chairman of Macro Advisory Partners, a company that says it “provides leading investors, corporations, and governments with the strategic insights required to navigate the intersection of global markets, geopolitics and government policy in a volatile and complex world”.

His appointment will raise eyebrows – not least coming so soon after leaving public office – because he is inextricably linked to both Tony Blair and the Chilcot Inquiry into the controversial decision for Britain to join the US and invade Iraq in 2003.

Sawers was Foreign Affairs Adviser to Prime Minister Tony Blair (1999-2001), which included advising on the Kosovo War, the Northern Ireland Good Friday Agreement and the issuing of a policy document – crucially – dealing with regime change in Iraq.

The Chilcot Inquiry into the decision to go to war has yet to be published, despite having finished taking evidence six years ago. The decision to support the US and invade Iraq is mired in controversy: particularly, the relationship Tony Blair had with US President George W. Bush and what promises Blair made in private.

The Inquiry also dealt with the controversial ‘dodgy dossier’ put out by Blair’s government, purporting to be supported by MI6 intelligence claims, including the one claiming that Iraq’s dictator Saddam Hussein had weapons of mass destruction that could hit UK targets within 45 minutes.

The run-up to invasion led to the biggest anti-war demonstration in decades and the resulting chaos in Iraq has led to serious questions being raised about the legitimacy of the war and the solidity of what the UK intelligence agencies knew about Iraq.

Sawers was part of the team that set up the post-war Iraq government, admitting to the Chilcot Inquiry: “The planning for the post-war, as we all know, was inadequate. The level of violence that we faced was not foreseen and we didn't have enough in the way of sheer military presence, neither we nor the Americans, to deal with the scale of the violence that we were facing.”

“I think had we known the scale of violence, it might well have led to second thoughts about the entire project."

Jobs for the Boys

But Sawers’ appointment to the top job at MI6 – which came after a stint as Ambassador to Egypt and Director-General for Political Affairs at the Foreign and Commonwealth Office – was equally controversial, in the light of his most recent appointment.

The co-founder of Macro Advisory Partners, David Claydon, spent fifteen years building the macro investing, advisory and research businesses at J.P. Morgan and Morgan Stanley. But he also funded the former Foreign Secretary David Miliband’s campaign to be leader of the Labour Party.

David Miliband would have been foreign secretary at the time of Sir John Sawer’s appointment as head of MI6, and the most senior politician advising on the appointment.

So, Sir John Sawers’ appointment to a private intelligence outfit raises several questions about his role as an advisor to Tony Blair’s government in the run-up to – and aftermath of – Iraq, as well as the criticism he could face in the as-yet unpublished Chilcot report.

But it will also raise questions for Ed Miliband – David’s brother, who beat him in the leadership election. How much did Ed know about the backers of his brother’s campaign and David’s links to Sir John Sawyers?

And is it ethical for an ex-head of the UK’s secret intelligence service to take up a commercial role so soon after overseeing sensitive matters of state and foreign affairs?