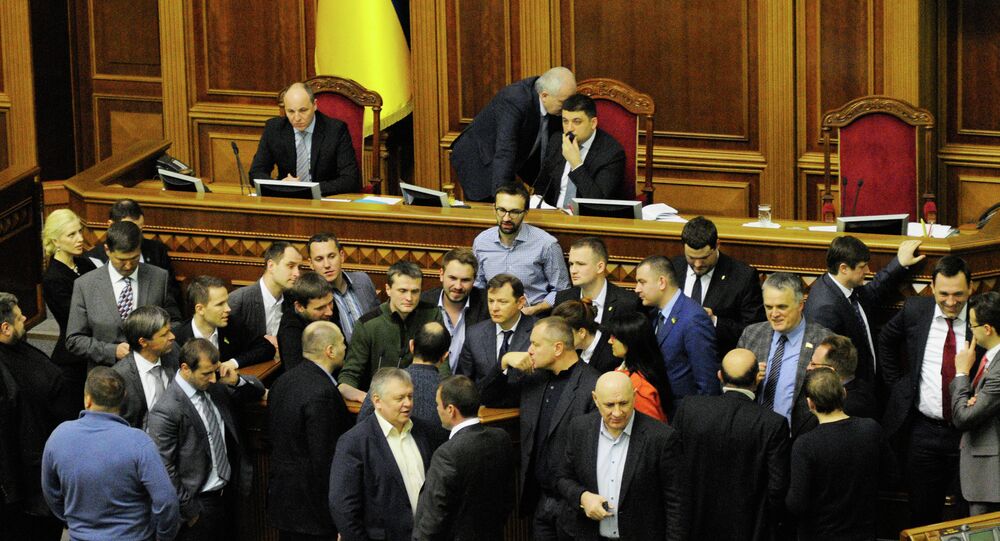 Verkhovna Rada voted to freeze the accreditation of Russian journalists in Ukraine.

The list of Russian news agencies to lose their accreditation will be compiled by the Ukrainian Security Service.

The ban will last until the end of military operation led by Kiev forces against independence supporters in eastern Ukraine.

With 226 votes required to pass the law, 239 members of Ukrainian parliament supported the document.

© RT
RT Correspondents Come Under Fire in East Ukraine
The lower house of Russia’s parliament expressed concern over the decision and called it an attempt to destabilize the situation amid Ukrainian reconciliation talks in Minsk.

Several Russian journalists have been attacked and detained in Ukraine since the start of the military conflict between Kiev forces and independence supporters last spring in the country's eastern regions.

Most recently, in January, two Russian LifeNews journalists were attacked by masked men in Kiev, and two of their colleagues were deported from Ukraine and prohibited to enter the country for more than five years.