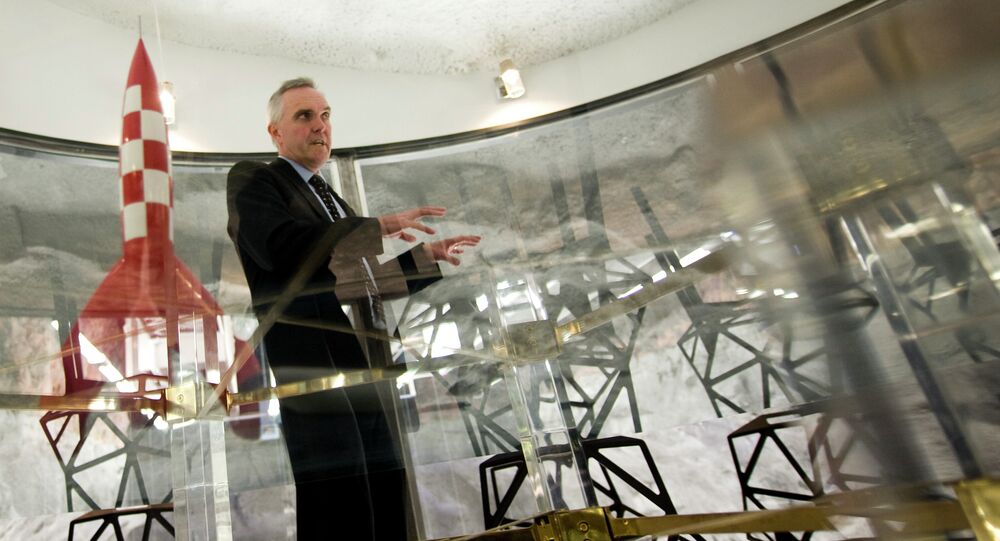 According to the Swedish Union of Journalists, Bahnhof CEO Jon Karlung's negative view of Russian press and television is his personal opinion and it does not reflect the attitude of the entire Swedish media.

MOSCOW (Sputnik), Anastasia Levchenko — Swedish Internet provider Bahnhof’s strongly negative view of Russian press and television does not reflect the attitude of the Swedish media in general, spokesperson of the Swedish Union of Journalists told Sputnik on Wednesday.

On February 4, Bahnhof CEO Jon Karlung refused to allow a Russian state television company to shoot a science program at a Bahnhof owned site. Karlung explained his move by a reluctance to provide a venue for media, which is "part of the Russian state machine" used for "aggressive propaganda".

© AFP 2020 / JONATHAN NACKSTRAND
Swedish Internet Company’s Embarrassing Anti-Russian Stance
"Mr. Karlung is not a journalist, he is CEO of an internet service provider company. Thus, he cannot be regarded as a spokesperson for Swedish media," Peter Skyhag, information strategist at the Swedish Union of Journalists, told Sputnik. "We have freedom of speech in Sweden, and Mr. Karlung is entitled to his opinion," he added.

In an interview with Radio Sweden Karlung claimed that the Russian television company requested permission to shoot a program at Pionen bunker, which was built in the1970s to protect senior state officials from a possible nuclear strike. Karlung called the bunker hall the "quintessence of the freedom of speech" and refused to allow the Russian television company to film there out of consideration for "Bahnhof values".

"Bahnhof is a privately owned company and can choose to invite – or disinvite! – whoever he likes, and for whatever reason, onto their premises," Jonathan Lundqvist, president of Reporters Without Borders in Sweden, told Sputnik.

This case is not the first time Bahnhof has turned down a Russian request. In November 2014, Bahnhof refused to host a group of 50 Russian IT managers visiting Sweden, citing the same considerations.