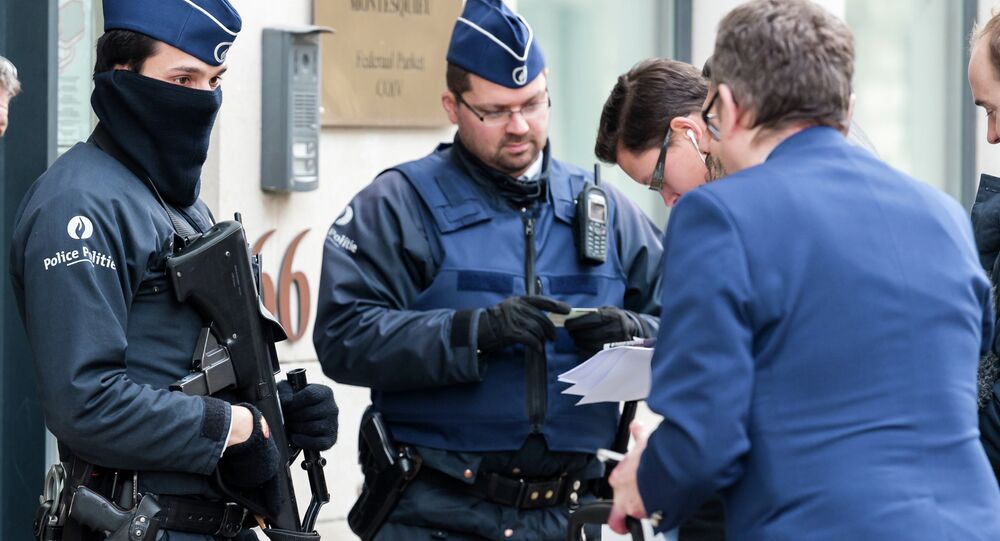 The Belgian National Crisis Centre adopted a 12-step action plan to combat the threat of terrorist attacks in the country, and put an end to the recruitment of Belgian residents as fighters for Islamic State.

MOSCOW (Sputnik), Daria Chernyshova — The Belgian National Crisis Centre will follow the government’s 12 point action plan to combat terrorism threats in the country, the spokesman for the Crisis Center told Sputnik on Wednesday, as an Antwerp court sentenced the leader of the radical Sharia4Belgium group to 12 years in prison for recruiting jihadists to fight in Syria.

© AFP 2020 / ANP / MARCO DE SWART
Belgium Deploys Troops Alongside Police Amid Increased Terrorist Threat
“On Monday there was a National Security Council in Belgium that came together for the first time under the prime minister. The headline was the approach of the Belgian government and (its) approach to the radicalization and counter-terrorism,” Peter Mertens told Sputnik. “We contribute to the execution of the policy determined by the government.”

On Monday, the National Security Council, which establishes the general policy of intelligence and security in Belgium, held its first meeting in Brussels. The meeting saw the adoption of a 12 step action plan to combat the threat of terrorist attacks in the country, and put an end to the recruitment of Belgian residents as fighters for Islamic State. The key idea behind the measures is “vigilance, but no need for panic,” and extends the scope for withdrawing citizenship, and criminalizes oversees travel for militant purposes.

© REUTERS / Stringer
Belgium on High Alert Following Deadly Anti-Terror Raid
“The government has defined an action plan, 12 steps which are their priorities in this regard,” Mertens said adding that these measures are “important for security and (our) approach on radicalization.”

Earlier this week, the Coordinating Body for Threat Analysis (OCAD) responsible for analyzing the threat from terrorism in Belgium, announced its decision to keep the threat level at level 3, the second highest until February 23. The threat level was raised when police killed two terrorist suspects in Verviers last month.

The now-defunct Sharia4Belgium radical Islamist organization aimed to turn Belgium into an Islamic state. The group was reportedly responsible for helping Belgian jihadists travel to Syria to join Islamic State (IS) and other terrorist groups.